The future of Angelo Dawkins and Montez Ford of the Street Profits has been a major topic of conversation in recent weeks.

Some segments of WWE programming have teased a split for the long-term duo, with some reports noting that the company has considered pushing Ford as a singles star. The Superstars remain allies for now, but they could be set to compete against each other during an upcoming TV appearance, albeit not in a wrestling capacity.

According to PWInsider, Dawkins and Ford will appear on the third episode of “WWE x G4 Arena,” which is slated to premiere on G4 in early September. The show, which airs monthly, will see the tag team partners cross paths with streamers, celebrities, athletes, other wrestlers, and possibly each other as they collide in a series of challenges, ranging from playing video games to taking part in trivia competitions and more.

“WWE x G4 Arena” is hosted by WWE Superstar Xavier Woods and G4’s Gina Darling. Previous contestants have included Kofi Kingston, Liv Morgan, and the real-life power couple of Seth Rollins and Becky Lynch, who were joined by notable Twitch streamers such as Myth and QTCinderella. It remains to be seen what’s in store for the Street Profits when they step into the titular arena. Of course, the tag team partners are no strangers to battling it out through the medium of gaming consoles. The duo has appeared on Woods’ “UpUpDownDown” YouTube series in the past, which essentially served as a launchpad of sorts for WWE and G4’s collaborative series. 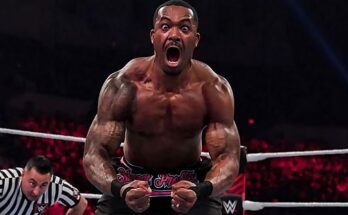 Booker T On The Street Profits Possible Break Up