PWInsider is reporting that Ronda Rousey is still listed as the top babyface on the “Smackdown” roster.

This will likely change in the near future following her behavior after Summerslam when she lost her “Smackdown” Women’s Championship title to the reigning champion Liv Morgan. She completely flipped out on everyone in her vicinity, locking Morgan into an arm bar and sending officials flying to the mat when they tried to intervene. Rousey also showed some edge the night before on the July 29 edition of “Smackdown,” delivering a vicious Piper’s Pit to Shotzi and looked to beat down Liv Morgan as well.

As for the RAW brand, Becky Lynch’s turn at Summerslam is now official, as she is currently listed as the #2 babyface on the “RAW” roster behind Bianca Belair.

Lynch made the return to the good side during Summerslam. After her match with Bianca Belair, Lynch shook hands with her before Bayley, Dakota Kai, and Iyo Sky would make their return and target Belair. Lynch would stand next to the current “Raw” Women’s Champion and fight with her, but Bayley, Kai, and Sky retreated before they could do that.

During the August 1 edition of “Raw,” she would turn fully turn face after she cut a promo returning to her gimmick as The Man and showing respect to Belair once more. Lynch is currently sidelined with a separate shoulder she suffered at the pay-per-view and will be out for several months, according to WWE’s social media. 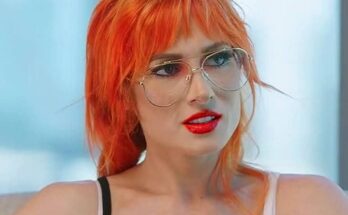