WWE booked a rematch between Ronda Rousey and Liv Morgan for the SmackDown Women’s Title at SummerSlam after Morgan won the title in early July at Money in the Bank.

The match ended in controversial fashion as Rousey tapped out Morgan seconds before the referee counted three as Rousey’s shoulders were pinned on the mat. The referee gave Morgan the win, which led to Rousey turning heel by attacking Morgan and the referee after the match.

WWE announced a storyline fine and suspension for Rousey due to her actions. However, she won’t be gone for long. During today’s Wrestling Observer Radio, Dave Meltzer noted that Rousey is booked for Clash at the Castle on September 3.

“Not that long. She’s booked on the Cardiff [Clash at the Castle] show, so she’s going to be unsuspended at least before…I don’t know when she comes back. She’ll be out for I don’t know how long, but it’s not going to be a month. Put it that way because she’s got to be back for the pay-per-view show.” 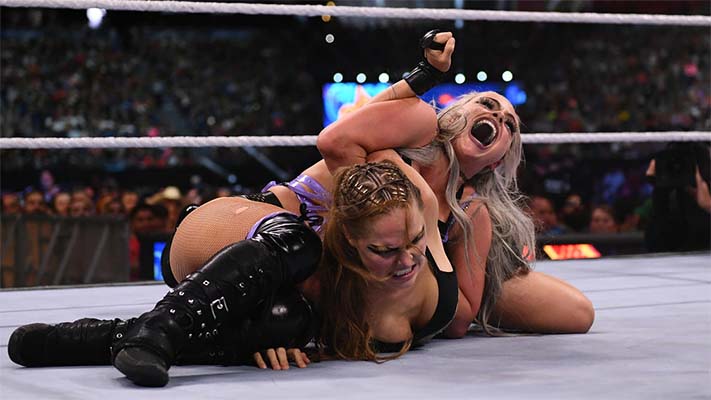