The Ring of Honor Death Before Dishonor card has been filling up over the last few weeks.

As announced officially by Tony Schiavone on today’s episode of “AEW Control Center”, Mercedes Martinez will defend her ROH Women’s title t Death Before Dishonor when she goes one on one with Serena Deeb. AEW further confirmed the news by promoting the match, along with the rest of the card, in a social media post.

Martinez and Deeb have spent the last month teaming together, wrestling five times as a team on “AEW Dark: Elevation”, “AEW Dark,” and “AEW Rampage.” Despite winning all five matches, the alliance was always uneasy, built around both Martinez and Deeb trying to one-up each other. After their victory on last Friday’s “Rampage”, Deeb turned on Martinez, ending the partnership for good and putting the two on a collision course.

Ring of Honor’s Death Before Dishonor event will take place on July 24 in Lowell, Massachusetts. 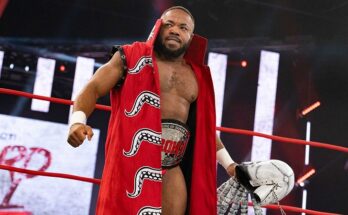 Jonathan Gresham On Why He Stopped Interacting With Fans