Alexa Bliss Stuns With Rare Lingerie Photos – Alexa Bliss is easily one of the most recognizable presences on the WWE roster. While she has undeniable in-ring talent, her beauty, and fashionable aesthetics take her to a whole another level. As she continues to amaze fans with her pro-wrestling skills, she keeps her social media followers captivated with her beauty.

The diva made her WWE television return not too long ago, and she’s back at the top once again. Bliss took to Instagram in order to show off a set of pics with her in a black bra top, courtesy of @adamkentphotography.

The star kept it simple in the captions, putting just a black heart emoji along with the credits. The emoji fits completely with the theme of her photoshoot, which includes a monochrome photo along with her black top. 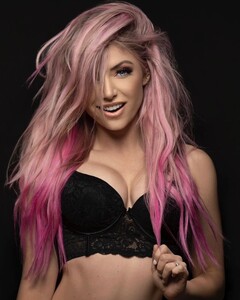 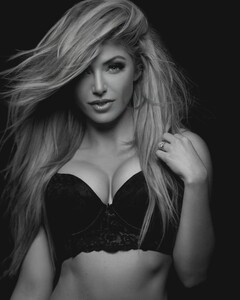 While Bliss recently had her hands on the 24/7 Title, she had not held a championship in WWE in more than two years. But according to Alexa, she’s going after the WWE RAW Women’s Championship after SummerSlam, whether it’s Bianca Belair or Becky Lynch in possession.

Alexa Bliss hasn’t held a singles Women’s Championship since the summer of 2018, where at the Money in the Bank PPV, Bliss won the Women’s Money in the Bank ladder match, cashing it in on the same night. Bliss interrupted the match between Nia Jax and challenger “Rowdy” Ronda Rousey that night to cash in her contract and win the Championship for herself. Bliss’ reign wouldn’t last long after she retained the title against Jax at Extreme Rules 2018, only losing it two months after winning it to Ronda Rousey. 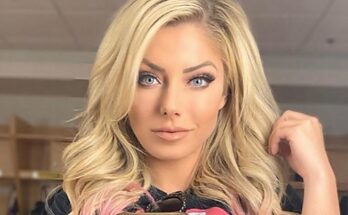 One Comment on “Alexa Bliss Stuns With Rare Lingerie Photos”