Update On Conflicting Reports About Sasha Banks – During his appearance on TSN’s Sunday Night’s Main Event, Dave Meltzer talked about the Sasha Banks rumors. Meltzer said that the last thing he heard was that they were still in talks about her release and he wouldn’t shock him if she got her release this week.

This contradicts some previous reports stating that she was released last week. But either way, it looks like she won’t be returning to the ring.

Meltzer said, “As far as I know, the only thing that I have been told is that they are negotiating it right now. I don’t know that the negotiation is final. I know that it’s been written (in media reports) that it is. The last I asked, which would have been two days ago, it was not final but it wouldn’t shock me if it happened this week. That is how it was described to me a couple of days ago. Where it is at this moment, I don’t know.”

Meltzer said that he wouldn’t be surprised if there was something included in the agreement where both sides don’t say anything negative about the other.

Banks is still listed on the WWE.com roster page. PWInsider noted that as of a couple of days ago, she was still listed internally on the roster. So, while it looks like she’s done with the company, technically it appears that she is still under contract until the final agreement is signed by both parties. 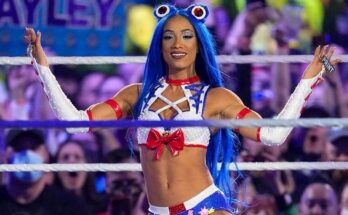