WWE presented the very first episode of the SmackDown LowDown last Saturday. This is the new name of Talking Smack. It has the same format as there are two panelists recapping the previous night’s episode of SmackDown. WWE also airs interviews with a few stars in the backstage area.

Dave Meltzer reported in the latest edition of the Wrestling Observer Newsletter that the reason for the change was made to avoid confusion, ahead of the launch of the new A&E show ‘WWE Smack Talk.’

WWE Smack Talk is slated to premiere on July 10th with Booker T, Peter Rosenberg, and Jackie Redmond breaking down notable moments from that week’s episodes of Biography: WWE Legends and WWE Rivals.

Current stars, legends, and celebrities will join the panel as guests throughout the upcoming series. New seasons of Biography: WWE Legends and WWE Rivals premiere on the same date.

Earlier this month, WWE filed to trademark the term WWE Smack Talk. WWE first premiered Talking Smack in 2016 and has been hosted by the likes of Renee Youn 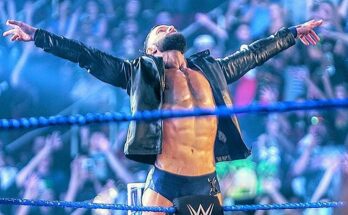