Adam Page Seemingly Turns Heel On Dynamite – On this week’s Dynamite, Hangman Adam Page appeared to cut a heel promo by stating that fans won’t be treated to be a “masturbatory Bret Hart tribute” when he defends his title against CM Punk at Double or Nothing.

Furthermore, Page called out a fan in the audience for wearing a CM Punk shirt, warning him that he will be running to the merchandise stand for a refund after Double or Nothing.

We noted earlier how Punk’s AEW debut match against Darby Allin was a beat-for-beat tribute to Hart’s match against The 1-2-3 Kid on a 1994 episode of RAW. Furthermore, during his Dog Collar Match against MJF at AEW Revolution, Punk replicated the exact finish to the Bret Hart vs. Roddy Piper match at WrestleMania 8. Punk also paid tribute to The Hitman when he executed a small package to pin Wardlow earlier this year on Dynamite. That match, especially the finish, was reminiscent to the Bret Hart vs. Diesel match from the 1995 Survivor Series.

Most recently, Punk’s match against Dustin Rhodes was a tribute to a Bret Hart vs. Goldust match from 1997. Even the finish was a Hart reference as Punk’s roll-up of Rhodes was similar to how the British Bulldog defeated The Hitman for the Intercontinental Championship in the main event of SummerSlam 1992. 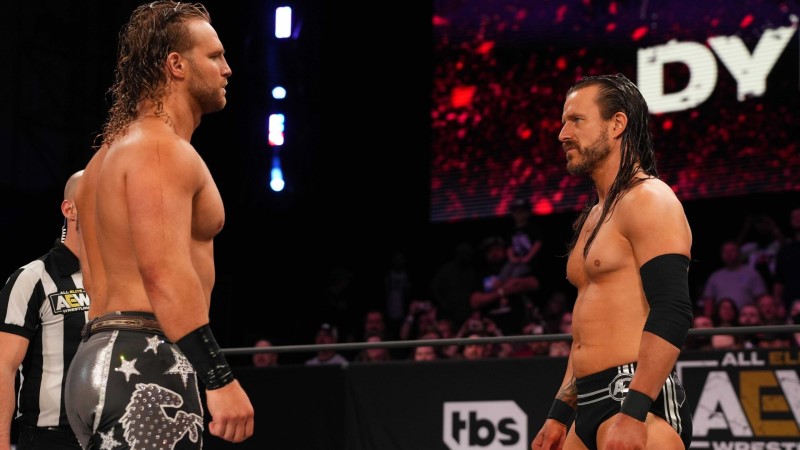