It looks like the issues between Scott Steiner and Triple H are in the past.

After last night’s WWE Hall Of Fame ceremony, all of the inductees posed for photos. Triple H and Vince McMahon were there to take photos with the inductees and as seen in the video below, things seem to be much better between Steiner and Hunter.

Steiner has said a lot of negative things about WWE, specifically Triple H and Stephanie McMahon over the years. The heat stems from Steiner being upset with how things played out during his run with the company from 2002 until early 2004. Steiner believed that Triple H did things to bury him and derail his push.

Also, Steiner had issues with Hulk Hogan and there was an incident at an airport between Steiner and Hogan’s wife in 2015 that forced WWE to ban Steiner from all of their events. Steiner has gone on record saying that he didn’t want to be inducted into the Hall Of Fame because of his disdain for people in management but last night, he gave a classy speech and appeared to get emotional as he and Rick accepted their place in the HOF.

As noted several months ago, while there was heat from Steiner’s side of things, Vince McMahon was open to working with him again and the door was open for him to be inducted. It appears that the hatchet has been buried between Steiner and WWE. 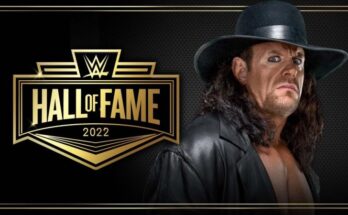