During the latest episode of the Oh… You Didn’t Know Podcast, WWE Hall of Famer Road Dogg Brian James spoke about his time in TNA Wrestling with Billy Gunn as the Voodo Kin Mafia, a play on words of Vince McMahon’s VKM initials.

Road Dogg spoke about the creation of the name and why the team chose to take shots at WWE, Vince McMahon, and their friends Shawn Michaels and Triple H of DX. Week after week, James and Billy would take shots at DX, trying to potentially set up a feud down the line. Brian James spoke about why the group continued to take shots at DX and what the end goal was in their feud across different wrestling shows.

“What I’ve been told, and to this day, I don’t know if it is any different, [WWE] was going to give a million dollars if we would have a match with those guys,” James said. “They were going to pay a million dollars to have a match and if you were a millionaire, multi-multi-multi millionaire and somebody told you if you do this, we might get a match with the other company and what if we cross breed our products? You could sell a millionaire on that pretty easily. I would go like, okay, crap, if you’re telling me that might happen, okay, I’m down. I think Dixie was down, there were a million dollars on the line, and I never really thought we would have it, but if they were willing to give the money, maybe something would happen here. All that may be phony baloney, and I was behind the scenes so I don’t know the truth but that’s what they told me, hey, we’re going to give them a million bucks if they do this.”

Continuing to talk about DX, Road Dogg spoke about his reaction to the reformation of the group around this time and what he and Billy’s response was to it. Although both were battling addiction, Brian James said if he or Billy saw Shawn or Triple H at the time, they would’ve fought them due to the anger they had and issues they were dealing with personally at the time.

“To be honest, yes it did, but I want to be perfectly clear, it pissed off a couple of guys that were in active addiction,” James said. “It was a couple of guys whose egos got out of control, and we thought we were bigger than the business and we thought, how dare they fire us. Once you come out of that fog that is drug addiction and you kind of clear your mind and start thinking about your part in all of this, what did I do? I did it all, [WWE] didn’t do anything. I did it all and Billy was the same way, we’ve grown up. At the time, those feelings were real and I would’ve fought either one of them if they would’ve shown up somewhere. That’s just how we rolled, I would’ve fought them at the time. Now, I think about that and go like, man, what a piece of crap I am, you know what I mean? Like, what a bad person I was.” 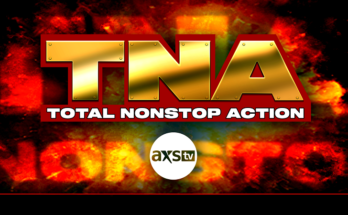