LA Knight Finished With The NXT Brand – A new report from Fightful Select notes that there are no plans moving forward for Knight in NXT. Knight is already considered to be a main roster Superstar following his recent SmackDown dark match appearances.

Knight’s last NXT 2.0 match came at Stand & Deliver during WrestleMania 38 Weekend, when he took a loss to Gunther, who has also since been called up to SmackDown. It looks like Knight will now be coming to the main roster with his new Knight Model Management stable.

As noted, the April 15 SmackDown dark match from Worcester, MA saw Knight serve as the manager to former RETRIBUTION member Mace, who was apparently using the name Face. The tryout process saw Knight cut a promo while wearing a suit, declaring that he was launching Knight Model Management and the former Mace, who also had a new look, was his first client. Face ended up defeating Erik of The Viking Raiders, thanks to a distraction by Knight.

The April 15 dark promo included Knight talking about how he’s saved up his money from finding success in front of the camera, so now he’s starting the model management group, which he called a premiere talent agency. Knight said his agency is officially scouting models, but he looked around Worcester and decided that “none of you incels can possibly qualify.” That’s when he introduced Face, who came out with a suit on, his hand up, and sneakers on.

The Knight Model Management tryout continued before last Friday’s SmackDown from Albany, NY. That pre-show dark segment saw Mansoor accompany Knight to the ring this time. Knight introduced Mace again, but now called him Mace The Face, and then cut another promo to hype up his KMM stable.

Knight was originally signed to a WWE developmental deal from 2013-2014, but after he was re-signed in 2021 following successful runs in Impact Wrestling and the NWA, and the indies. Knight returned in February 2021, but he’s been rumored for a main roster call-up for several months now. It was revealed several weeks back how WWE creative pitched Knight working as a manager on the main roster due to his highly-acclaimed mic work. It was also reported that WWE officials were “very high up” on Knight.

MACE had been teaming with T-BAR on the RAW brand, but he was sent to SmackDown in the WWE Draft last October. Since then he has worked just one match and that was the Thanksgiving Battle Royale on November 26. Mansoor has only wrestled two TV matches this year. He competed in the Fatal 4 Way Tag Team Match on the January 14 SmackDown, teaming with Cesaro, and then competed in the Andre the Giant Memorial Battle Royal. Mansoor then returned to WWE live event action this past weekend, losing to Gunther at the shows in Reading, PA and Binghamton, NY.

There’s no word on when Knight, Mace The Face, and Mansoor might debut on SmackDown TV as the Knight Model Management stable, but we will keep you updated.

You can see related photos and clips from the two dark segments on April 15 and April 22 below: 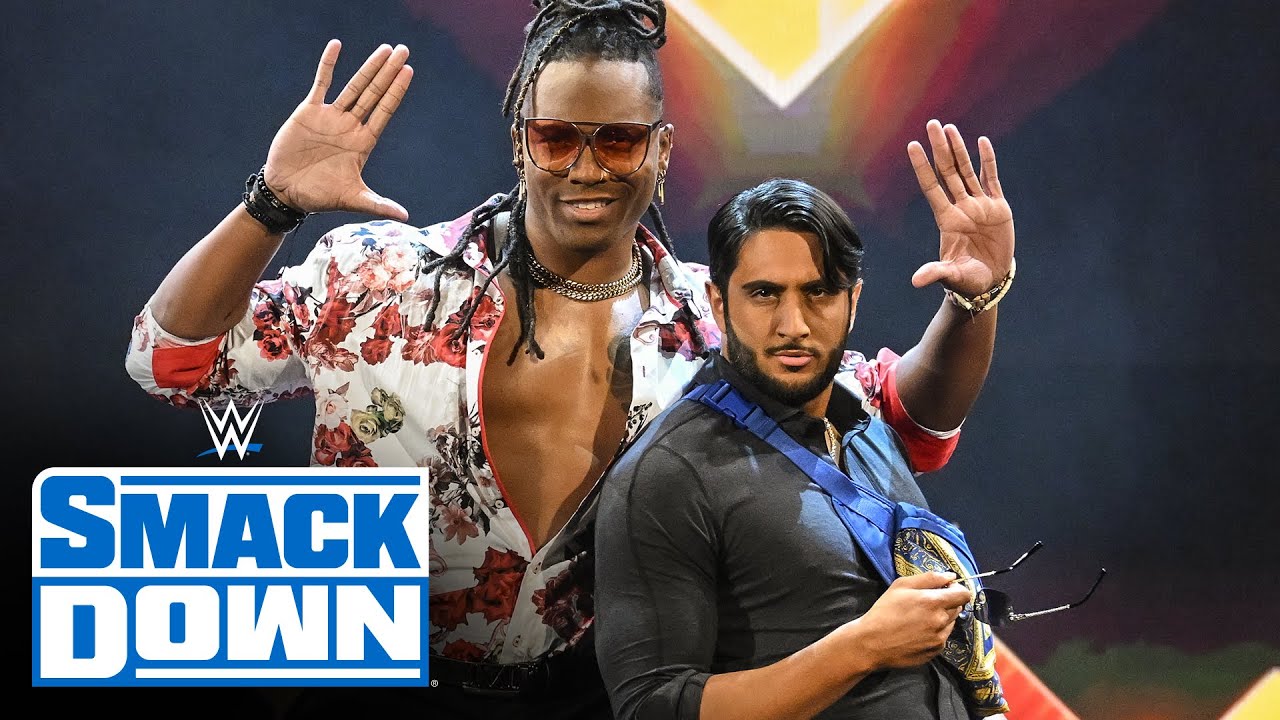