WWE is reportedly returning to the Kingdom of Saudi Arabia for a TLC (Tables, Ladders, Chairs) Premium Live Event.

A new report from Andrew Zarian of F4Wonline.com notes that WWE is scheduled to return to the Kingdom in September, and word is that this will be for TLC 2022. A specific date and venue for the TLC show has not been confirmed as of this writing.

As noted before, WWE is reportedly headed to the UK during Labor Day Weekend for a Premium Live Event on Saturday, September 3 from Principality Stadium in Cardiff, Wales. WWE has not confirmed the UK PLE as of this writing, but it seems like they would run the Kingdom towards the end of the month since the UK event is planned for the first weekend of the month. This new report on TLC in Saudi Arabia notes that the UK PLE event is still planned.

It was previously rumored that WWE was returning to the Kingdom in October of this year, but it looks like plans have changed.

This would be the first TLC event since 2020 as WWE did not hold a TLC show in 2021. The 2020 show was held at the WWE ThunderDome at Tropicana Field in St. Petersburg, Florida, and was headlined by current RAW Tag Team Champion Randy Orton defeating “The Fiend” Bray Wyatt in a Firefly Inferno Match.

WWE was just in the Kingdom of Saudi Arabia in February for the 2022 Elimination Chamber PLE, which was held at the Jeddah Super Dome in Jeddah.

WWE and the Saudi General Sports Authority announced in 2018 that they were entering into a 10-year strategic multi-platform partnership to support the Saudi Vision 2030 initiative, which is the Kingdom’s social and economic reform program. The deal called for two events to be held per year, but the COVID-19 pandemic forced delays in 2020 and 2021. WWE visited Saudi Arabia for Greatest Royal Rumble and Crown Jewel in 2018, Super ShowDown and Crown Jewel in 2019, Super ShowDown in 2020, Crown Jewel in 2021, and Elimination Chamber in 2022 so far.

Stay tuned for more on WWE’s return to Saudi Arabia. Below is a look at WWE’s schedule of Premium Live Events for 2022:

* Sunday, June 5 – WWE Hell In a Cell from Allstate Arena in Rosemont, Illinois 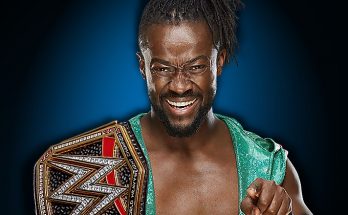