A new report from PWInsider notes that WWE is bringing McMahon in to Texas for WrestleMania 38 this weekend. There’s no word on if McMahon will actually appear at the pay-per-view, but word is that he will be in town for the entire weekend.

McMahon returned to action for WWE in the Men’s Royal Rumble Match earlier this year, and was expected to face Seth Rollins at WrestleMania 38. However, McMahon picked up significant heat from others in the company, including WWE Chairman & CEO Vince McMahon, while working as a producer for the Men’s Rumble as there was a feeling that he tried to make the match about himself.

While Rollins vs. McMahon was expected before McMahon was pulled from creative plans and sent home, McMahon was pushing for a feud with Austin Theory for WrestleMania 38. There were plans in place for McMahon to work as a RAW Superstar, on the heel side.

There was a feeling at the time that McMahon would eventually return to the storylines in some capacity once the heat blew over. We know he’s made various business appearances and meetings for the company since then. 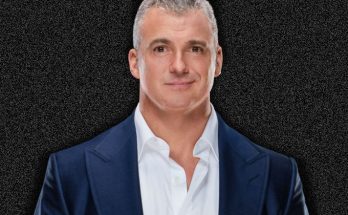