The incident occurred after Lynch and Belair brawled in the ring. After striking Belair with a steel chair, Lynch pulled out a pair of scissors and tried to cut off Belair’s braid. Belair retaliated by hitting Lynch with two KOD’s before grabbing for the scissors. She then proceeded to cut Lynch’s hair. The segment ended with Lynch seething on her knees as the crowd chanted “You deserve it!”

As seen below, Becky Lynch took to Instagram to reveal her new look:

Jokes on you @biancabelairwwe. I look cool af. #WrestleMania 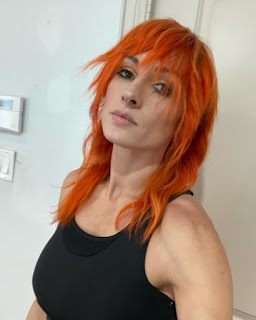 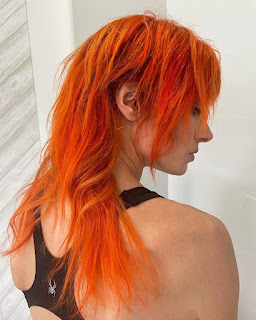 Before revealing the new look, Lynch took to Instagram this week and posted a lengthy warning along with a fan-made video.

She wrote, “Bianca has tried to take everything from me. First the people. Then she scarred my vessel of being that I work so hard for. Then she tried to take my voice. Now my hair. My defining feature. As important as all of these things were/are to me, they mean nothing compared to my title. My world. My identity. My meaning. If she thought 26 seconds at Summerslam was embarrassing, she has no idea just how bad #WrestleMania is about to be.”

Lynch is scheduled to defend the RAW Women’s Title against Belair during WrestleMania Saturday.