WWE Considering Forbidden Door Entrant In Men’s Royal Rumble – Mickie James may not be the only “forbidden door” star appearing at this year’s WWE Royal Rumble.

WrestleVotes reported today that more than 1 source noted that the belief is that WWE trying for an “unexpected” forbidden door entrance into the Men’s Royal Rumble match. It was said that WWE is at least open to the idea.

Had more than 1 source this weekend, w/o me directly asking, state they believe WWE will try for an “unexpected” forbidden door entrant for the Men’s Royal Rumble. Personally I’m skeptical it happens, but I can confirm WWE is at least open to the idea. Which is exciting enough.

WWE announced Mickie James as part of the Women’s Rumble match and she was announced as the Impact Knockouts Champion. It seems unlikely that AEW would allow their wrestlers to appear on a WWE show so it’s more likely that this unexpected surprise would come from elsewhere. For what it’s worth, Moose tweeted over the weekend about wanting to face Roman Reigns.

Moose tweeted: “I Claim to be the Wrestling God. He claims to be The Head of the Table. With all this Forbidden Door talk….. what if Thinking face….,, @WWERomanReigns”

This may not mean anything but it’s something to consider especially if WWE wants another Impact star to appear on the pay-per-view. 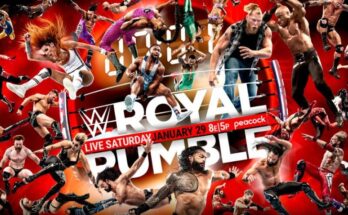