Omos Squashes AJ Styles On RAW – Omos defeated AJ Styles on WWE Raw in what was essentially a squash match.

Styles got in a couple of offensive spots but Omos dominated with power moves. This match was supposed to happen last week but it was delayed for unknown reasons.

Omos is being pushed as this generation’s Andre The Giant. There were talks of having him split from Styles a few months ago but Vince McMahon was reportedly talked into waiting a little longer.

It’s unclear what is next or Styles but it’s very clear that the idea is to make Omos into a major player and someone who can main event pay-per-view events. A match between the two at the Royal Rumble is highly expected. 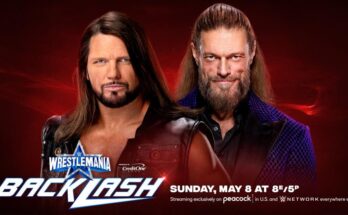