Current AEW Women’s Champion Dr. Britt Baker says WWE is interested in signing her but recently indicated she has little interest in accepting any offer from the company.

“They definitely expressed interest,” Baker told Inside The Ropes. “Unfortunately, I’ve got to pick and choose how I say this—but I just feel like you can’t trust anything with that company, whereas at AEW I’ve never been promised anything that didn’t follow through.

“So it’s something that, unfortunately, it’s sad that it comes down to that, that it makes a company not really desirable because you can’t trust anything they say. I know business is business, and I understand totally that’s what it is, but as a wrestler, business is business as well.”

Dr. Britt Baker was one of the first women signed by AEW after the company first launched. She extended her contract with the company last year.

Before joining AEW, Baker worked several matches for WWE, including a match against Nia Jax on an episode of RAW in July 2016. Baker was later picked to be an alternate for the second WWE Mae Young Classic in 2018.

Dr. Britt Baker recently brought her behind-the-scenes relationship with Adam Cole onto AEW television. She came to Cole’s aid during last week’s episode of AEW Dynamite. Baker and Cole are set to compete in a mixed tag team match against Orange Cassidy and Kris Statlander on Wednesday’s Dynamite.

Cole spent more than four years in WWE, primarily working in the company’s NXT brand. Cole jumped to AEW last year and made his debut in the company at the end of last September’s All Out pay-per-view.

Dr. Britt Baker is in the midst of her first reign at AEW Women’s Champion. She won the title from Hikaru Shida last May at the Double Or Nothing pay-per-view. She has successfully defended the title on six separate occasions. The most recent was against Riho in the main event of AEW’s Battle Of The Belts special earlier this month. 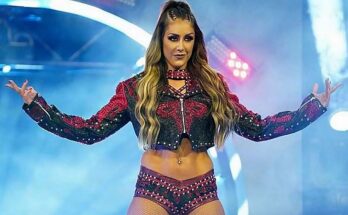 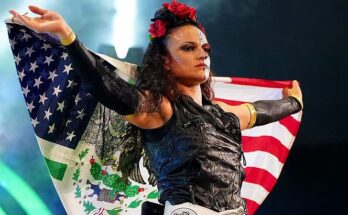