A young fan was shown cheering for Liv during the Morgan vs. Lynch match, apparently with her father in the crowd. She was later shown looking sad or disappointed after Morgan lost the match, and that immediately led to comparisons to Miz Girl on Twitter.

Morgan responded to video of the young fan and wrote, “I love her”

“That little girl cheering for @YaOnlyLivvOnce is every. And all of us,” he wrote.

The “Angry Liv Girl” is being compared to “Angry Miz Girl” from 2010. Those memes were born after The Miz cashes in his Money In the Bank briefcase to win the WWE Title from Randy Orton on the November 22, 2010 RAW show. After the win, the camera panned the crowd to catch fan reactions, and the reaction of a 10 year old girl stood out. The fan named Caley would go on to win the 2010 Slammy Award for WWE Universe Fan Reaction of the Year, and become a fan of The Miz. 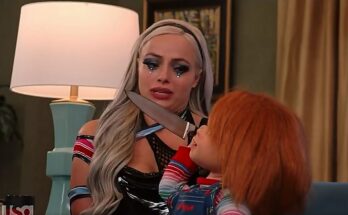