Shotzi & Nox Quietly Turned Heel By WWE? – Tegan Nox and Shotzi may have quietly been turned heel by WWE, going by how they were used at a house show last night.

The duo were very clearly playing the heels in their match against Natalya and Tamina.

Obviously this could have been a one-off thing, especially since Nox and Shotzi were split in the WWE Draft and won’t be a team on TV any longer anyway.

It may well have been a case of WWE management testing out what they’re like as heels though, so they could potentially be looking at turning them for their singles runs based on how they did.

I can’t imagine anyone ever disliking Tegan Nox, but she did seem to be having fun. 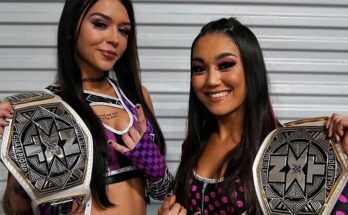