Tony D’Angelo Is Coming Soon – Identity Revealed – A new vignette aired during tonight’s episode to announce the upcoming arrival of the D’Angelo character. This role is played by former NCAA wrestler Joe Ariola. It looks like his character will be some sort of mafia-connected competitor with the amateur wrestling background.

D’Angelo signed with WWE back in the loaded February Performance Center Class. He was an undefeated state and national champion in high school, and then competed for the University of Buffalo in college, which was mentioned during his vignette promo. He qualified for the NCAA tournament in 2016.

The promo featured D’Angelo strolling the mean streets of Chicago while talking about why he came to the NXT brand – because that’s where the real money is at.

“You see, I was born and raised in the streets of Chicago,” D’Angelo said. “And I come from a long line of businessmen. See my family has interests in waste management, the fish market, the meat market, you name it. But I found success in my own way – amateur wrestling at the University of Buffalo. I was even named All-American for the Greco-Roman style. My family, they smartened me up because let’s face it, there’s no real money to be made in amateur wrestling, but you know where the real money is? NXT.”

There is no word on when D’Angelo will make his official debut, but we will keep you updated.

Stay tuned for more on D’Angelo. You can see his first “coming soon” teaser vignette below: 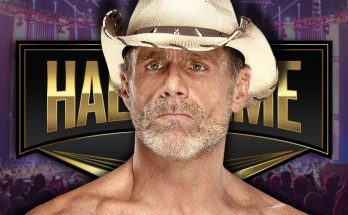