It was previously reported that WWE had plans to hold the first-ever all-women’s Queen of the Ring tournament, with the finals taking place at the next WWE show in the Kingdom of Saudi Arabia.

In an update, word now is that the King of the Ring tournament will also return this year, with those finals also taking place in Saudi Arabia, according to Andrew Zarian of the Mat Men podcast.

There is no official word on when WWE will return to the Kingdom, but they are expected to return on Thursday, October 21. It’s believed that the QOTR and KOTR tournaments will begin earlier in October, with the finals taking place in late October in Saudi Arabia. It was previously reported that the Queen of the Ring tournament would begin on the October 8 SmackDown and the October 11 RAW, but those dates have not been confirmed.

It was reported back in early June that WWE’s TV partners, FOX and NBCUniversal, were suggesting more themed events for late 2021, such as King of the Ring and RAW Roulette.

WWE holding the all-women’s tournament finals in the Kingdom is a major, historic deal. Due to local laws, female WWE Superstars were unable to travel with the company to the Kingdom to perform on their earlier events. WWE aired a promotional video that featured female Superstars at Greatest Royal Rumble 2018, and the Saudi General Sports Authority issued an apology for what they called “indecent material” airing at the show. WWE made some progress in the Kingdom at Crown Jewel 2018 when Renee Young did commentary, then again at Super ShowDown 2019. The first-ever women’s division match was to be held at Super ShowDown 2019, with Alexa Bliss vs. current WWE Women’s Tag Team Champion Natalya, butt he match was nixed at the last minute by the Saudi government, despite Bliss and Natalya being in the country. WWE finally held a women’s match in Saudi Arabia at Crown Jewel 2019 with Natalya defeating Lacey Evans. Due to local policies, they were both forced to wear t-shirts with full-body suits instead of their normal in-ring gear, but WWE celebrated the history-making moment in a major way.

WWE will likely officially announce the Queen of the Ring and King of the Ring tournaments soon, perhaps after SummerSlam. Stay tuned for more on WWE’s return to the Kingdom and the two tournaments. 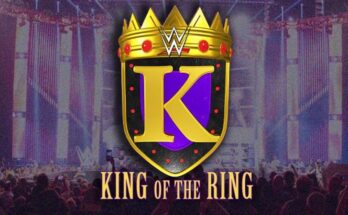 WWE Files Trademark For “WWE King And Queen Of The Ring”

Big Update On The King Of The Ring Tournament 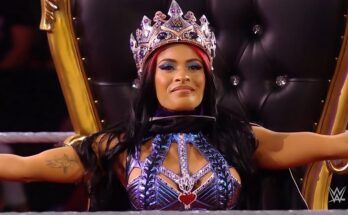 Update On Queen Of The Ring Tournament