Update On Ember Moon’s NXT Status – Ember Moon is reportedly out of action with an issue that is not too serious.

As noted, Moon was set to face Sarray in Tuesday’s WWE NXT opener but it was announced earlier that afternoon that she was unable to compete. WWE did not provide many details as their announcement stated that Moon was “declared unable to compete by the NXT Medical Staff” earlier in the day. Moon was replaced by Dakota Kai, who won the match.

In an update, word from NXT says the issue that kept Moon out of the ring on Tuesday night was described as “not serious,” according to PWInsider. No other details were provided.

Moon has been somewhat active on social media this week, but she has not commented on her status past the statement she issued after WWE’s announcement on Tuesday.

For those who missed it, Ember apologized to her fans on Tuesday afternoon, writing, “@wwenxt This has been an extremely rough month, I am angry and gutted! I was really looking forward to this match and getting back on track but just got another pothole in the road. I’m sorry!”

Moon last wrestled during the July 13 NXT episode, when she took a loss to Kai. There is no word on when she will be back in action, but we will keep you updated.

Stay tuned for more on Moon’s WWE status and return. 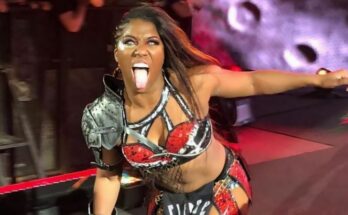