Elias Burns His Guitar – Says Elias Is Dead – During tonight’s RAW episode, WWE aired a vignette that appears to be the start of a repackaging for Elias.

Elias was shown walking in a field with a guitar in his hand, in front of a fire pit. He strummed his guitar and reflected on the many times the instrument has been used against him. Elias then tossed the guitar into the fire and said, “WWE stood for Walk With Elias. But Elias is dead.”

This is apparently an attempt to repackage him into a new character. It’s unclear what exactly they have in store for him or when he will make his re-debut.

Elias was recently in a feud with Jaxson Ryker. Ryker won the feud after defeating Elias in a Symphony of Destruction match on the Raw after SummerSlam. 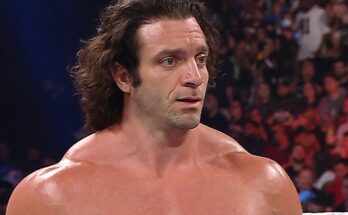