WWE has announced that SmackDown Women’s Champion Bianca Belair will defend her title during next Friday’s live SmackDown from the Toyota Center in Houston, which marks WWE’s return to the road.

As noted, Bayley is out of action with a torn ACL and is expected to be on the shelf for 9 months. She was scheduled for an “I Quit” match against Belair at the WWE Money In the Bank pay-per-view on July 18.

WWE noted earlier that Sonya Deville would be announcing a “suitable replacement” for Bayley at Money In the Bank, but Deville ended up nixing the pay-per-view title match altogether. Deville then announced Carmella vs. Belair for next Friday’s live SmackDown in Houston.

Liv Morgan ended up interrupting Deville and Carmella to vent, accusing Deville of favoritism. Deville then announced that Morgan will replace Carmella in the Women’s Money In the Bank Ladder Match. Liv warned Carmella, saying she hopes she wins the title next Friday so she can cash in on her.

Stay tuned for more on next week’s SmackDown and Money In the Bank. Below are a few related shots from tonight’s SmackDown:

Who will replace the injured @itsBayleyWWE and become @BiancaBelairWWE's next challenger? We find out NEXT on #SmackDown! @SonyaDevilleWWE

"I hope you win the title next week, because when I win #MITB…I'm cashing in on YOU!" @YaOnlyLivvOnce to @CarmellaWWE #SmackDown pic.twitter.com/7mYsOOnI37 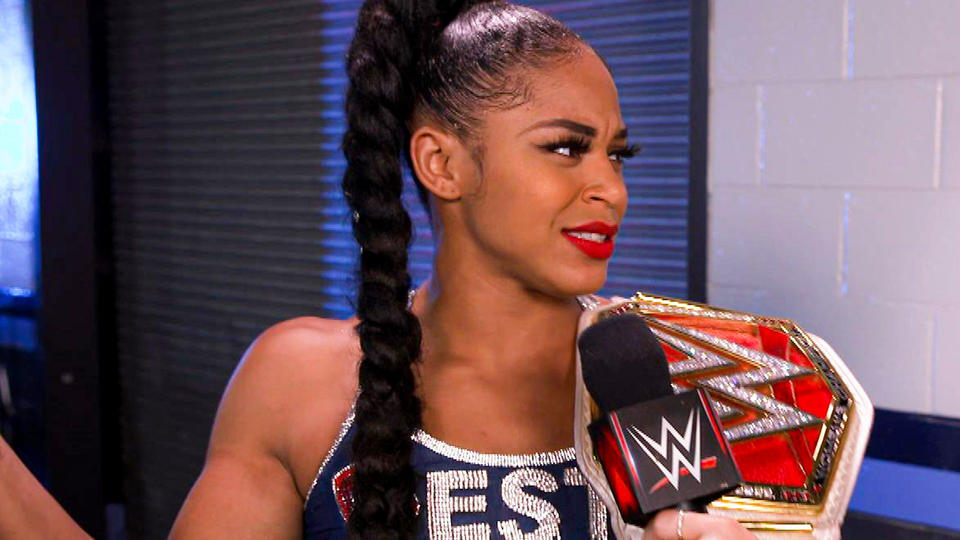 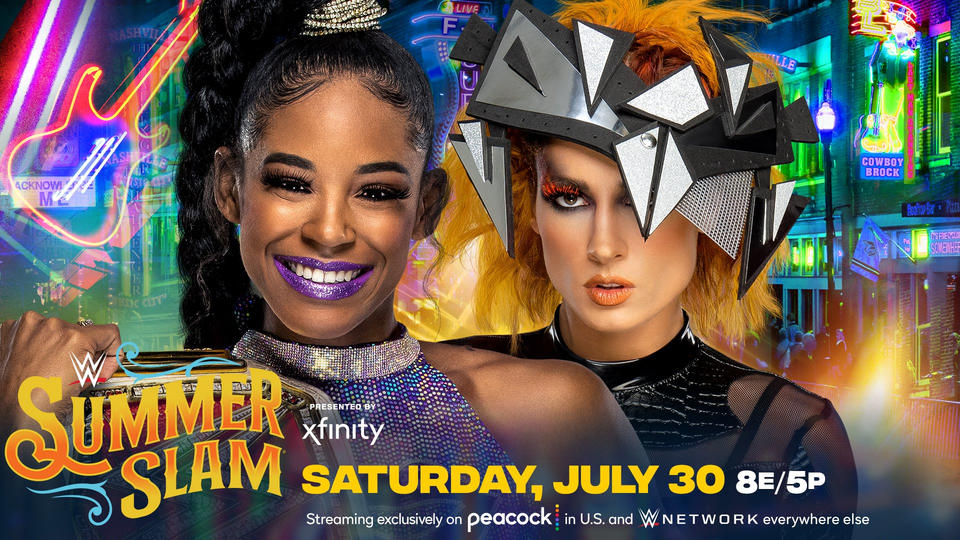