Before tomorrow’s rematch on Monday Night RAW, both John Morrison and Ricochet sent messages to each other on social media.

Morrison posted a video of himself coming out of the water with the caption:

“Who got this flippy drip started? Johnny,” Morrison said in the below video. “Follow me, Ricochet? Probably not bro, because you’re dry. A lot of things these days were seeming pretty dry to the flood stud until Monday Night RAW made the choice to be moist and book a rematch between Ricochet and Johnny Drip Drip.”

“Oh, wet yeah!” he continued. “Ricochet’s fixing to get h2-owned by Johnny Drip Drip this Monday on RAW. You see, there’s a difference between trying things and doing things. And a ricochet is a copy, an echo of a shot that somebody else took. Let me ask you a question. What’s more impressive, the ricochet or the shot?”

A few hours after, Ricochet responded that he liked the promo. Though he also warned Morrison that he was liable to get hit by him.

“John man, I hear you,” Ricochet said. “That was a really cool promo. I like all your water references, those were really neat. But then you started talking about a ricochet. You better watch your mouth when you are talking about a ricochet because you can go ahead and take your shot, but once you take your shot, it’s over and done. Ricochet, he’s liable to hit anyone in the proximity at any time. John, it could be you. It could be your homeboy in the wheelchair. It could be anybody in the Money in the Bank Match, John. So go ahead take your shot. Hope you don’t miss.”

John Morrison Sends Message To Ricochet Ahead Of RAW’s Rematch 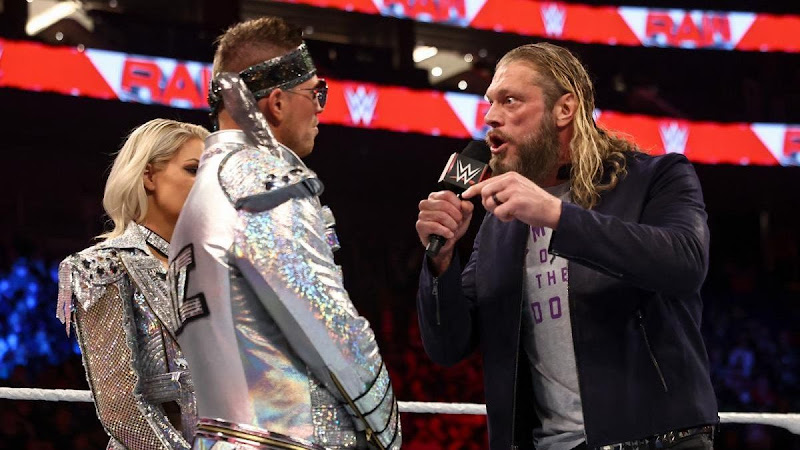