Two days after winning the Men’s Money in the Bank briefcase at WWE Money in the Bank, Big E sat down with Steve Muehlhausen of DAZN to talk about his victory and his plans with the briefcase. Muehlhausen brought up WWE SummerSlam being in Las Vegas next month and enquired about Big E potentially cashing in on the show, as well as asking who he’d like to cash in on between WWE Universal Champion Roman Reigns or WWE Champion Bobby Lashley.

Big E noted that not only is Reigns the top star on SmackDown, but he’s probably the top guy across all brands.

“You can look at the entire scope of the rest of the industry, and you can determine who you think is the number one guy, who you think is the best, who should be at the very top. I think it’s not that difficult to make an argument for Roman being number one across all brands, across all boards. Beating him means that whoever beats him for that title, it’s going to be memorable. It’s going to mean something, and why not me?”

Whoever he chooses Big E will likely have a chance to cash in on both champions. While not yet official, Reigns was challenged by Cena last night on RAW for a match at SummerSlam, while Lashley is expected to wrestle a returning Goldberg at the event.

Big E On The State Of Black Wrestling 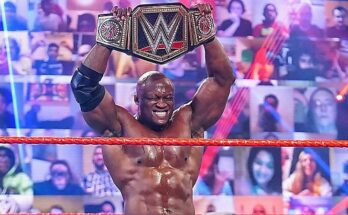