The 2021 WWE Money In The Bank pay-per-view will take place on July 18, from the Dickies Arena in Fort Worth, Texas.

This is our official page for the event, featuring the current card, rumored matches and 2021 WWE Money In The Bank related news at the bottom of the page. Check back this page often for future updates.

CLICK HERE FOR FULL MONEY IN THE BANK RESULTS

WWE Money In The Bank – History

The “Money in the Bank” pay-per-view centers around a ladder match, the prize of which is a briefcase containing a contract for a world championship match. The winner can then cash in the contract at a time and place of their choosing anytime within the next year – beginning the night they win the briefcase. If the contract is not used within that year, it is voided, but this has yet to happen. Only the holder of the Money in the Bank contract can be the one to cash-in the contract.

Following WrestleMania 34 in April 2018, brand-exclusive pay-per-views were discontinued, thus the 2018 event involved both the Raw and SmackDown brands. Beginning with the 2018 event, the ladder matches have eight participants evenly divided between the brands. The 2018 contracts granted the winners a championship match for their respective brand’s world championship: the Universal Championship or WWE Championship, and the Raw Women’s Championship or SmackDown Women’s Championship. Beginning with the 2019 event, the winners can choose either brand’s championship. The 2019 event also moved Money in the Bank to the May slot in WWE’s pay-per-view calendar.

Due to the COVID-19 pandemic, the 2020 event saw the number of competitors in both matches decreased to six. Additionally, while the rules of the match itself remained the same, a new “Corporate Ladder” gimmick was also added to the matches, in which the participants had to travel from the ground floor of WWE Global Headquarters to the roof in order to reach the briefcases, which were suspended above a ring on the roof. Additionally for 2020, both the men’s and women’s matches took place at the same time. While the ladder matches were pre-recorded as cinematic matches, all of the other matches took place live from the WWE Performance Center in Orlando, Florida with no fans in attendance. Additionally, the 2020 event was the first event to directly award a championship for winning the Money in the Bank ladder match; on the following night’s episode of Raw, it was revealed that the women’s ladder match had actually been for the Raw Women’s Championship due to then-champion Becky Lynch going on maternity leave.

In August 2020, WWE began holding Raw and SmackDown’s shows in a bio-secure bubble called the WWE ThunderDome. In May 2021, WWE announced that they would be leaving the ThunderDome and returning to live touring, starting with a 25-city tour beginning with the July 16 episode of SmackDown in Houston, Texas. Money in the Bank was in turn announced to take place at Dickies Arena in Fort Worth, Texas on July 18—returning the event to its original July slot—thus it will be the first WWE pay-per-view held outside of Florida since Elimination Chamber on March 8, 2020 and the first pay-per-view held following the end of the ThunderDome Era. The 2021 event will also revert to the standard version of the titular ladder matches as well as returning to having eight competitors for both matches, evenly divided between the two brands.

WWE Money In The Bank

WWE Creative Confused By Money In The Bank Commercial 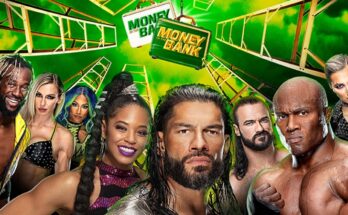 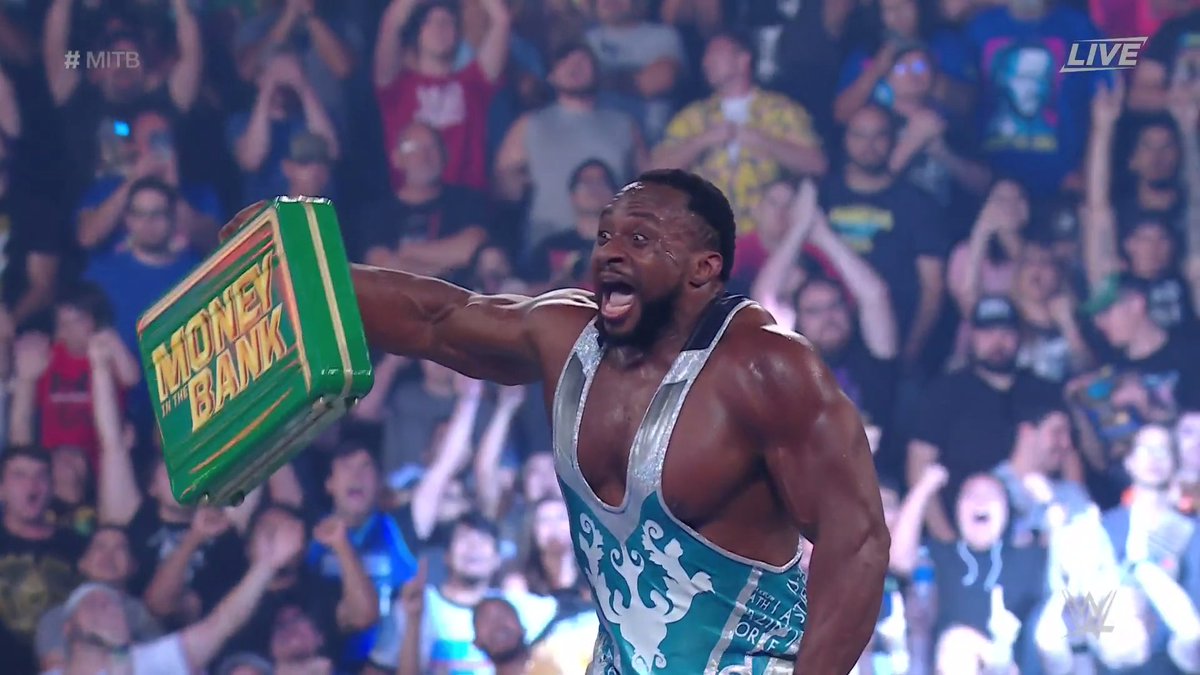