Shayna Baszler says her pro wrestling career has been a “constant juggling act” because she comes from an old school background.

Baszler, a former MMA fighter, learned pro wrestling under Josh Barnett and the legendary Billy Robinson. Now she’s feuding with Alexa Bliss on RAW, in a storyline that includes random explosions, mind control, and an evil doll named Lilly. She spoke with Justin Barrasso of Sports Illustrated this week and talked about how things have been on the indies, WWE NXT, and then the main roster after coming from a very old school pro wrestling tradition.

“It’s always been a constant juggling act, and that’s not just on Raw,” Baszler said. “That’s also [been the case in] my time in NXT and the indies. I come from a very old-school professional wrestling tradition. Josh Barnett and Billy Robinson were my main coaches, and they’re really, really old-school.

“Back in Billy’s day, the wrestling mentality was that you weren’t going to beat someone in the ring until people believed you could beat them out on the street. It was a very different mindset, and that’s just not how professional wrestling is presented today. It’s been a juggling act to stay true to my martial lineage in professional wrestling, that style I bring where people believe what I do. It’s two-sided. It’s special. There are wrestlers that work for 20 years to build that legitimacy in the eyes of the fans, and I have it when I come through the curtain. It’s also a curse. Not everyone on the roster knows how to deal with that style and mindset.”

Baszler’s loss to Bliss at WWE Hell In a Cell last Sunday was an example of the balancing act she mentioned. Baszler said it’s important to show she can cover a wide range of modern day pro wrestling.

“I need to show that I can be counted on to nail whatever it is I’m being asked to do,” she said. “It’s easy to be a badass tyrant like I was in NXT. I can totally fit that role. After establishing myself as that, it’s important to show I can cover a wide range of what professional wrestling is today. It’s like music. Some people like country, some like heavy metal. Not everything is for everyone, so I understand why some people roll their eyes when I do comedy. But I’m established as what I am. All it takes is one sentence from a promo delivered properly.

“I am a legitimate badass; that’s always there for me. I’m glad I can be on Raw and show a wider range.”

After developing and establishing her character in NXT, Baszler plans on continuing to show creativity on RAW, while remaining true to what makes her so dynamic. It was noted that the key for Baszler is to evolve while remaining authentic to herself.

“I’m putting more tools in my toolbox,” she said. “I worked for years to build this legitimacy. I walk through the curtain, and you know I can ruin someone. I won’t let people forget that.” 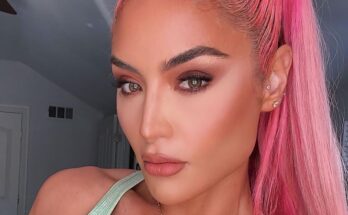