Last week on AEW Dynamite, Jim Ross sat down with Andrade El Idolo to discuss some of his goals in AEW. Even though he has yet to have a match, Andrade said he was deserving of a shot at Miro’s AEW TNT Championship and Kenny Omega’s AEW World Championship.

“I want, no, I deserve the opportunity for the TNT Title and the AEW World Title. It’s my next step,” Andrade proclaimed to Ross.

Omega caught the quote via the AEW on TNT Twitter account and reminded Andrade that records actually matter in AEW.

Omega is set to defend his title against Jungle Boy on this Saturday’s edition of Dynamite (8 pm ET). According to last week’s official rankings, Jungle Boy is followed, in order, by: Hangman Page, Darby Allin, Orange Cassidy, and Powerhouse Hobbs.

Andrade made his debut with AEW earlier this month. 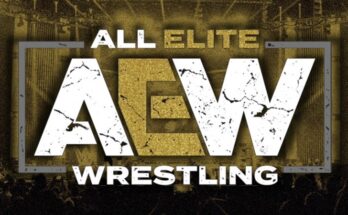