Baron Corbin Now Known As “Happy Corbin”? – As noted earlier, King Corbin’s name was reverted back to Baron Corbin on the official WWE website following his recent loss to Shinsuke Nakamura in a Battle for the Crown.

Now a much bigger change seems to be coming his way, as WWE has registered a trademark for “Happy Corbin.” That very well could become Baron Corbin’s new name, and it might fit the bill as well. The storyline has been pointing to a shift.

This new copyright for Happy Corbin was filed on June 25th and entered into the database on June 29th. That could signify that WWE might pull the trigger on that new name as early as this week’s SmackDown.

Nikki had referred to herself as ‘Nikki A.S.H.’ on the June 28 episode of Monday Night Raw during a backstage interview and has embraced her new superhero gimmick. It seems that the WWE has decided to go ahead and make the new moniker official.

The full information regarding the trademarks can be seen below:

h/t to Heel By Nature 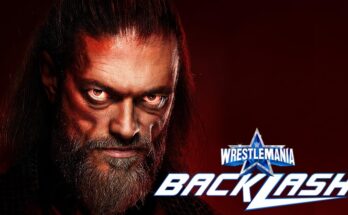