Two big matches have been announced for the May 25 WWE NXT episode on the USA Network.

It was announced during tonight’s NXT show that Finn Balor will challenge Karrion Kross for his NXT Title in two weeks.

The match was made after Balor and Kross faced off following Kross’ non-title win over Austin Theory in tonight’s opener. Balor and Kross both agreed to a title match, which will be their first time doing battle since Kross won the NXT Title from Balor at the recent “Takeover: Stand and Deliver” Night Two event during WrestleMania 37 Weekend.

WWE has also announced that Franky Monet will make her “world premiere” debut in two weeks. There is no word yet on who the former Taya Valkyrie will make her NXT in-ring debut against, but we will keep you updated.

Monet made her first NXT appearance back on April 13 and has had several interactions with various female NXT Superstars since then, working as a heel, and always appearing with her Pomeranian dog by her side.

The wait is almost over. ⏳

PUT THIS IN YOUR CALENDAR NOW. ⭐️ 📸 🐶 @FrankyMonetWWE makes her WORLD PREMIERE, LIVE on #WWENXT in two weeks on @USA_Network! pic.twitter.com/BsjMVjfvTF

Did @WWEKarrionKross just accept a rematch with… @FinnBalor?!?! 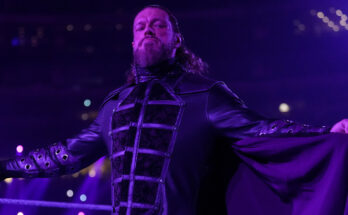