Jinder Mahal quietly returned to WWE on Main Event last week, and he officially came back on tonight’s RAW in a match against Jeff Hardy.

Mahal made his way down to the RAW ring this week flanked by Rinku Singh of Indus Sher and Dilsher Shanky. In a relatively quick match, Mahal made short work of Hardy, blocking a Twist of Fate early and landing a nasty knee strike onto him before hitting the Khallas (Cobra Clutch) for the win.

Mahal has had a series of setbacks in recent years that delayed his in-ring career, including a knee injury he suffered in June of 2019. After he returned from that obstacle in April 2020, it was revealed that he had to have another surgery to fix complications from the initial procedure. Following another nine-month layoff, Mahal’s first match back was at the Superstar Spectacle event in January. 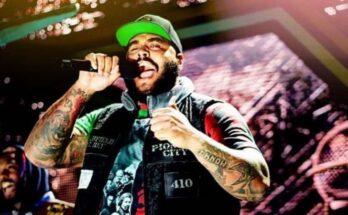