Monet was mostly dominant in her debut as she utilized her knees as weapons against the Jade. Cora did find a brief window of offense with a smooth takedown, but Monet made momentum go back in her favor with a sharp spear. She then hit her modified black widow finisher for the emphatic 1-2-3 victory.

“100%, McKenzie. That’s what I came here to do,” Monet said. “That’s what I’ve done until getting here to the WWE, and now I will do it here, for the first time in WWE NXT. So, all of you women from the locker room, take note because you got a big ole target on your back, especially you, Raquel. Now ‘La Güera Loca’ is coming for each, and every one of you.” 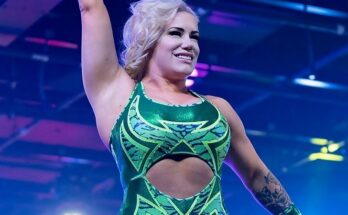