Former WWE star Chelsea Green recently launched her “50 Shades of Green” podcast and on the debut episode she discussed the WWE trash bag debacle with Mickie James, which led to Mark Carrano getting fired from his Talent Relations job.

Green revealed how something similar happened to her when she was also released from WWE back on April 15. She noted how boyfriend Matt Cardona was upset over the box, and wanted her to go public with it, but she decided not to.

“Last week, I received a nice, big, FedEx box at my front door,” Green said (h/t to WrestlingNews for the quotes). “I had got a call the week before, right after I was released and they asked me what my address is and said they have some things to deliver. I thought to myself, ‘That’s strange. I wonder what they could possibly be delivering.’ But when I saw the box, I thought, ‘Maybe I’m getting some leftover merch. Who knows? Are they sending me a present, a little parting gift?’ Silly, silly me. They were not sending me a parting gift.

“I brought that box straight into the kitchen and Matt and I opened it because we were curious. Inside of that box was a nice, fresh, plastic fuc*ing bag, full to the brim with sh*t. Just a bunch of sh*t. So, the box, as you have seen, if you haven’t seen, the legend, the one and only, Mickie James was released from WWE and posted a picture of this box on Twitter. We all got those boxes. Before I tell you the contents of my box and my garbage bag, I just want to make it clear that after talking to all of the other females, I believe that every single person who has been released that is a female has received this garbage bag.

“Gail Kim put it out there last week as well, that when she left WWE received the garbage bag. This is a trend. This is a long trend. I really don’t let things rub me the wrong way, so I laughed the garbage bag off. Was I a little annoyed? Yes, totally. My sh*t came in a garbage bag, but I let it go. Matt was pissed. Matt was very pissed. He wanted me to tweet it. He wanted me to talk about it. I just didn’t feel comfortable. I’m trying not to go the route of trash talking anyone or any company, especially one that paid for my mortgage. Especially one that I’ve wanted to be at for so long. Now, trash bag gate.”

Green continued and talked about how she realized that some of the items in the box belonged to WWE SmackDown Superstar Natalya.

“Upon further inspection of the trash bag, I start to realize that I’m not really sure what’s in this trash bag,” Green said. “I first pulled out some black boots, beautiful black boots, but not my black boots. I then pull out a second pair of black boots. Again, beautiful boots, but not my boots. Here we get to the third item. The third item was the most gorgeous, little leather shrug with studs and diamonds and flappy things and pink jewels and all sorts of things. If you knew women’s wrestling, you know that the person who wears black leather with pink is always the same person. That is always going to be Nattie.

“So, I knew right away that the contents of my box were actually Nattie’s box. I continued to pull a couple things out. A lot of it was Natties, but I did run into some questionable items. Some cute little skirts and cute little dresses that kind of looked like Lana’s or Liv’s. There was also a basketball. I don’t who the f*ck is playing basketball at WWE backstage, but someone’s getting their hoops in. So, the content of my box was, in fact, not mine, and many other females. I let them know that. He who shall not be named, because he who shall not be named was let go from WWE, he told me to drop the box off at someone’s house. Send the box on its way. I was shook because here’s the thing. The contents of this box is expensive. I’m not going to just drop it off at somebody’s else and hope it gets to Tampa.”

Green said she believes WWE handled the debacle the best way possibly. She also confirmed that WWE officials called each of the recently released talents to apologize, and they sent them flowers.

“With all that being said, I will say that I think WWE handled it in the best way possible,” Green said. “We saw Johnny Ace’s tweet. We saw Stephanie McMahon’s tweet. Triple H tweeted ‘Upon learning of the disrespectful treatments some of our recently released talent received on behalf of the company, we took immediate action. The person responsible for this inconsiderate action has been fired and is no longer with WWE.’ I really don’t know if they could have done anything else. I think that was the perfect way to handle it.

“I will also say that they didn’t stop there. They actually did individually call each of us to apologize and they sent us flowers. I thought that was really nice. What else could they do? If they didn’t know that this was being done, the only thing you can do is do damage control. With the flowers, I got a little note. The note ended by saying, ‘From your WWE family.’ As if I didn’t just have an open wound from being fired, from f**king being canned, they called me their family? Honestly, the flowers are beautiful. I do think the way they handled it was proper, perfect, Trash Bag Gate 2021. Hopefully, it will never happen again.”

Chelsea Green On Ideas She Pitched To WWE With Seth Rollins, Dominik Mysterio And Others 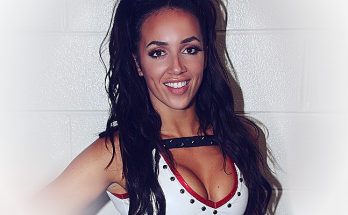