Sarray, formerly known as Sareee in Japan, was shown in the crowd with WWE Chief Brand Officer Stephanie McMahon. They were shown on camera right before the main event, which saw Raquel Gonzalez capture the NXT Women’s Title from Io Shirai.

As noted before, WWE aired a “coming soon” vignette for Sarray back on the March 17 NXT episode. They billed her as “The Warrior of The Sun” in the promo. There is still no word on when Sarray will debut, but we will keep you updated.

Sarray, who turned 26 back on March 31, signed with WWE back in February 2020 and was scheduled to move to the United States to begin training at the WWE Performance Center in Orlando in March of last year, but the move was delayed due to the COVID-19 pandemic. She then arrived to the United States this past February.

Stay tuned for more on Sarray in NXT. Below is a photo of her Takeover appearance with McMahon: 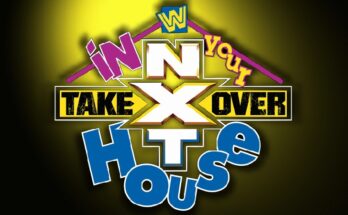 Two Title Matches Announced For TakeOver: In Your House