Ronda Rousey was on a recent episode of Table Talk co-hosted by WWE Hall of Famer D-Von Dudley. During the episode, D-Von asked Rousey to compare MMA and pro wrestling.

“There wasn’t as nearly the amount of anxiety,” Rousey admitted. “The uncertainty of what’s going to happen is what causes the anxiety. It’s not the threat of injury or anything like that. The realism that comes from real fights is the anxiety, and the stress, and the weeks up to it and your actual pride being on the line. Taking all that out of it, just makes it all so fun and carefree. Wrestling is all of the fun [and] all of the best parts none of the stress.

“If I can make a match exactly how I would want to make it in order to make it as entertaining as possible, what can it be? And we get to do that and none of the cutting weight, and none of the weeks of build up. You do build up, but it’s not the same. It’s all the best parts. The major difference is the lack of stress. At WrestleMania, it kind of just felt like another day. I wasn’t freaking out.”

Rousey’s original WWE contract has expired. WWE President and Chief Revenue Officer Nick Khan has said that Rousey and Becky Lynch would be making their WWE returns. Rousey spoke on when she will make her WWE return.

D-Von told Rousey on the podcast that he would love to produce one of her matches. Rousey was touched by D-Von’s comments, and she recalled her past conversations with D-Von.

During her two-year run in WWE, Rousey worked on many RAW’s, and she worked live events as well. She named the talents that she felt she had the best chemistry with, and she names some dream opponents she would like to face if she does return.

“Given the fact that we never worked together before and that we had a day and a half to put the whole thing together, I really think me and Charlotte had a lot of great chemistry, but Nattie (Natalya), we had less time. That was my first match ever on the fly, and I was literally crying in the match because I was so afraid,” Rousey recalled. “We just made it a part of the story. The fact that we were able to make the match as we went along, I think we really had a special kind of chemistry. I would really love to have a match that we really didn’t prepare for.

“One person that I’m capable of doing the most with is Nia [Jax] because she’s really really strong. I don’t have to worry about hurting her. I feel like I’ve had some great matches with her. My first singles was with her. We’ve also gone through that storyline already. We’ve done all that we could. I really like having someone really strong that I can work with that I can use as a base but can also base of me. I would really love to work with Rhea Ripley.

“Whenever I work with somebody, I think, what is it that I could do only with them and they can do only with me. I think of one thing that we can do that is entirely unique in our match that only we can do, which there’s a lot of things I can think of for me and Rhea. Bianca [Belair] too, honestly. They’re both really really strong chicks that I feel like I can lift as well. I think I have the most options with them, and I’m just so glad that there’s some new faces and blood coming into the division as well.” 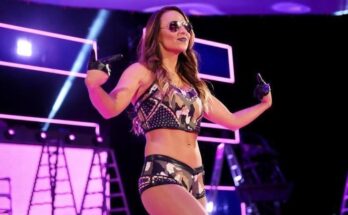