During his radio show this morning, Pat McAfee talked about his first night as color commentator for WWE Friday Smackdown this past week. McAfee revealed he was largely in the dark over what would occur on the show.

“There was no real sit-down like ‘hey, you can expect this and this,’” McAfee said. “I had no clue what was going to happen all night. No clue. I do believe that is the plan going forward, to just keep me out of the blue. If so, I had an absolute blast.”

As much as McAfee enjoyed the experience, he did not believe it to be a home run. As such, the former NFL punter offered some blunt criticism for his own performance.

“I do not think I was anywhere near what I can get to as a commentator for professional wrestling,” McAfee said. “I used a lot of words over and over. I was scared to have too much bass in my voice because I didn’t want people to think I was trying to dominate the calls. Sometimes I sounded too soft.

McAfee also discussed his penchant for standing during points of the show. “The standing — my natural instinct is to stand when something happens. I guess a lot of people didn’t enjoy that. I appreciate that because that was potentially something that could get me into some s–t.

“The clip of us coming back to the two shot of me standing and Cole sitting and me being caught in a situation where I’m like, ‘I don’t know if I should stand or sit right now.’ That was an ad-libbed moment that pops up and is incredible.

“I had a blast. I think I stunk, but I have a chance to get better. I enjoyed it and am very thankful to all the people in WWE and to anybody that tuned in.”

Despite his criticisms, McAfee is excited to keep learning and to keep going forward in his new role. “For as long as I can remember WWE has been a company that I have admired. Both for its incredible staying power of creating riveting entertainment and for its ability to connect people all over the globe.

“I’ve been fortunate to try a lot of cool professions but working for WWE was the one I looked forward to most. I am incredibly honored and grateful for the chance to give back to the business that has given me and many others so much and having the opportunity to sit at the same table that legends have graced is truly a dream come true. Now let’s go get it.” 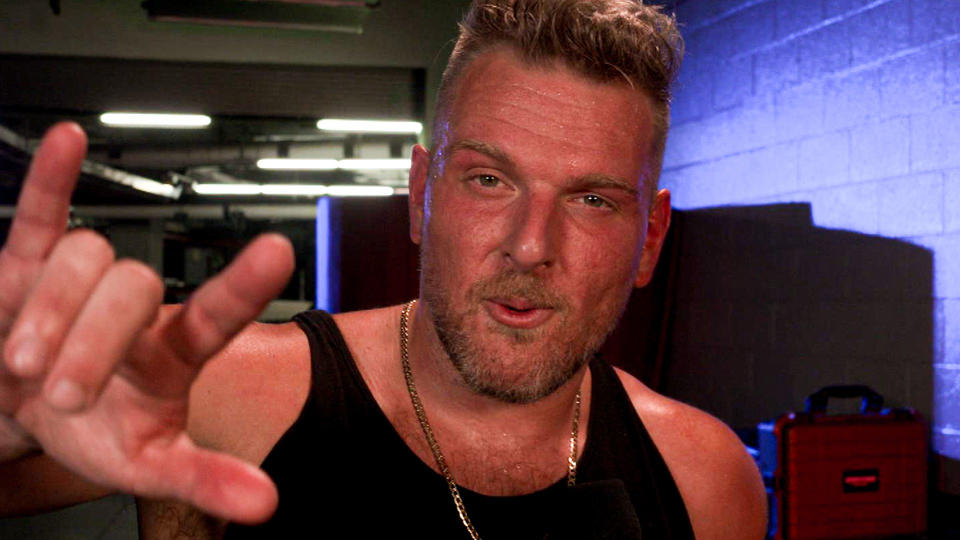