The segment started with Dakota Kai introducing the new NXT Women’s Champion Raquel Gonzalez to a pop and a “you deserve it!” chant. Gonzalez talked about her journey and gave praise to Io Shirai for being a strong champion going into their “Takeover: Stand and Deliver” Night One main event last Wednesday.

Gonzalez also gave major credit to Kai, saying she would not be where she is today if it weren’t for her partner. She then declared that the Raquel Gonzalez Era is here.

The lights in the Capitol Wrestling Center suddenly went out and when they came back up, Franky Monet came out to make her debut, carrying the Pomeranian dog we’ve seen in her recent “coming soon” vignettes.

Franky congratulated Gonzalez and then did the same in Spanish. She said the best women’s division in the world just got a little bit shinier, a little bit “boujeeier” and a whole lot better. She then warned that seeing as Raquel is at the top of Franky’s division, Raquel will be seeing a whole lot more of Franky. Gonzalez said Franky is lucky that she’s in a good mood tonight because if she interrupts like this again, she will shove the dog straight up her CULO. Franky laughed and made her exit to the apron, warning that she will see Raquel every Tuesday night.

Gonzalez went back to posing with Kai and the title until the music hit and out come RAW Women’s Champion Rhea Ripley, who just won the title from Asuka at WrestleMania 37 Night Two. Ripley hit the ring and faced off with her former NXT rival, but they ended up smiling and touching titles to share a moment with each other. They embraced and celebrated together until the music interrupted again and out came SmackDown Women’s Champion Bianca Belair, making her first appearance since winning the title from Sasha Banks on Night One of WrestleMania 37.

Belair, Gonzalez and Ripley all celebrated in the ring with their titles as the crowd cheered them on. A throwback photo of the three champions posing together early on in their NXT careers was shown on the big screen, a photo that went viral this week. The crowd chanted “NXT!” as the three champions hugged again to end the reunion segment.

Regarding Gonzalez as champion, it looks like her first challenger will be Mercedes Martinez, based on what went down on tonight’s NXT show. Monet and Zoey Stark also appear to be upcoming challengers.

RAW Women’s Title Match And More Set For Next Week 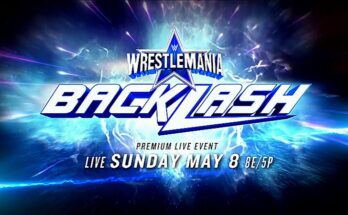