As noted earlier, it was revealed today that WWE is moving Reckoning (Mia Yim) from RAW to the SmackDown brand soon. Now John Pollock of POST Wrestling reports that Slapjack is also headed to the blue brand.

There is still no word on when Reckoning and Slapjack will debut on SmackDown, if they will keep their RETRIBUTION personas, or if they will be together when they arrive.

RETRIBUTION recently split up on RAW with no major pay-off to the angle. Leader Mustafa Ali is on his own while T-BAR and Mace were used last week as muscle for MVP as he had them attack Drew McIntyre in the feud against WWE Champion Bobby Lashley. That angle is scheduled for a follow-up on tonight’s RAW.

Stay tuned for more on the former members of RETRIBUTION. 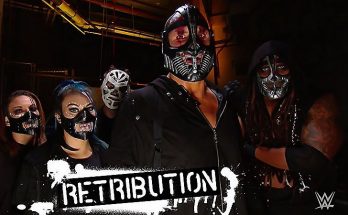 Plans Reportedly Pitched For Retribution To Break Up Soon