Update on The Velveteen Dream & Pat McAfee – Last night’s NXT marked the 7th straight week where there was no appearance by The Velveteen Dream. He returned on the December 23 show to lose to Adam Cole in the main event, and that return came after he had been out of action again. Triple H hosted a media call today to promote Sunday’s NXT “Takeover: Vengeance Day” event and said nothing has changed with Dream’s status.

“There’s really nothing to add to Velveteen Dream,” Triple H said of his status. “We’ve gone over it a million times. Status update – he’s still training, he had a little bit of a physical thing here for a bit, but he’s still there, still with us, still PC [Performance Center], still training, still on the roster.”

Triple H also gave a status update on Pat McAfee, who has not been seen since his team lost to The Undisputed Era in the “Takeover: WarGames 2020” main event on December 6. It was reported in late December, via the Wrestling Observer, that WWE had decided to pull McAfee from TV for the time being. McAfee then reacted to those reports live on the air while filming The Pat McAfee Show podcast, but Triple H said that was greatly exaggerated. He was asked if the company has limited McAfee’s appearances.

“No, you know, Pat’s limitations are, he’s a busy guy,” Triple H responded. “Pat is one of the most successful… I hate to put a title on what he does because I feel like it’s limiting to him, but like you say… podcaster, media personality, sports world personality… almost every weekend that I look online during football season Pat seems to be trending on the weekends. His coverage of football, his association with FanDuel, just everything that he does.”

“As you can imagine, going into the [NFL] Playoffs and into the Super Bowl was a very busy time for him. So, it was not a matter of… you know, everybody leads into everything and has a take on it, and then it runs on the internet, and everybody speculates, and Pat loves that, as do we. So, his learning about his firing on the air was greatly exaggerated,” he said, laughing.

He continued, “But Pat, he’s a busy dude, and we’ve been talking about it, and he had said, ‘Look, give me a moment to breathe when the Super Bowl is over.’ Because he just got married not that long ago, he’s like if I don’t take a breath for a minute after this Super Bowl, I might not be married too much longer. You know, my words and not his. I think he just needed to take a breather, and if we can engage here back again, he loves it, and that’s one thing I love about Pat. When you have somebody from outside that comes in and loves it, and by outside, it’s hard for me to even refer to him as an outsider because he loves what we do. It’s hard not to see hm as an insider.”

Triple H continued and then gave major praise to rapper Bad Bunny for his ongoing work with the company.

“But when you’ve got somebody like that or even like right now… I can tell you I have not been more impressed with anyone sort of walking in the door with a, ‘Hey, I’d like to do this thing with you guys and king of engage with you,’ as Bad Bunny,” Triple H said. “I cannot… he is phenomenal. So respectful to what we do, is the biggest fan, is living a dream right now. But in every way that you could possibly imagine, he’s respectful and loves what we are doing, and is so into it.

“I see him training all the time, I see him working out all the time. When he’s there he’s just one of the guys and it’s awesome to see, and I really can’t say enough good stuff about him.”

Triple H was then asked about Rhea Ripley going from NXT to the main roster with her recent Royal Rumble appearance. He once again praised Ripley and said he sees her as a breakout star on the main roster. He was asked if a decision has been made on if Ripley will go to RAW or SmackDown, but he did not answer that question directly. He was also asked what potential he sees for Ripley on the main roster.

“Well, I’ve been vocal about her int he past,” Triple H said of Ripley. “To me, I don’t know that there is… everybody brings skill-sets to the table, and at her age, 23 [Ripley turned 24 in October], I think still… you know, for her maturity, where she is now from where she was a year ago, she’s just a different level of confident performer. She brings so much to the table from a work ethic, an attitude, and ability, she is a sponge for learning. She’s humble to it, she wants to learn, she wants to work with everybody.

“I mean, I can’t say enough good stuff about her and to me, if you were to say name me a breakout star, right now, and again I would it with Bianca Belair in that same category, but she’s kind of sort of there already doing it, right? But if I was to say who’s that next person to step into those roles and really just be a game changer over the next year or two, it’s Rhea. She just has ‘IT’ written all over her, as does a Bianca. You know, there’s certain talent you just see it in and it’s just a matter of how it unfolds. So, sky’s the limit.” 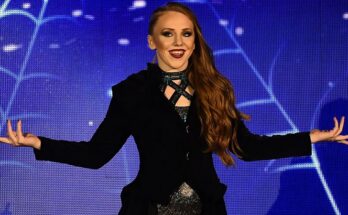