Rey Mysterio and Dominik Mysterio missed some TV time in December because they both tested positive for COVID-19.

The Mysterios appeared on the Start Today Podcast this week with host Chris Cavallini and revealed the recent diagnosis. They noted that they were supposed to record the podcast back in December, but had to delay it due to COVID-19. Rey revealed that he tested positive on his 46th birthday, December 11.

Rey said his parents both caught the coronavirus, and then passed it onto his housekeeper, who then passed it on to his wife. Rey spent time with his wife before flying out to do SmackDown. The whole family and the housekeeper ended up dealing with the virus, except for Rey’s daughter Aaliyah.

“It has been so confusing for me and my family, and we’ve tried to really understand how this works because it changes every time. My parents ended up catching COVID and we were taking care of them, making sure they didn’t catch it, but somehow they caught it and brought it to my house, passed it on to my housekeeper, my housekeeper then passed it onto my wife,” Rey revealed (H/T to WrestleZone for the transcription). “I was with my wife for maybe three days, I flew out to Tampa to do SmackDown and I found out that Friday morning before I walked into the arena that my housekeeper had tested positive, so I then brought it to [WWE’s] attention.

Rey later said he learned about the positive test on his birthday while preparing for SmackDown later that night. He did not enter the building and flew home the following day. He then tested negative again, but began experiencing symptoms on Saturday night, and woke up on Sunday and “just knew” he had the virus. Dominik noted that he was sick that Tuesday night and still tested positive on Thursday.

Rey’s symptoms included migraine-like headaches and bad body aches for a few days. He likened it to a “really bad flu” and said he just wanted to sleep a lot. He noted that one day he woke up and just “felt like a fucking king,” and has been better since then. Dominik said he dealt with chills and night sweats, along with the head and body aches.

Rey and Dominik spent more than a month away in December. They appeared on the December 4 episode but were off TV until January 8. Father and son both competed in Sunday’s 30-Man Royal Rumble Match. 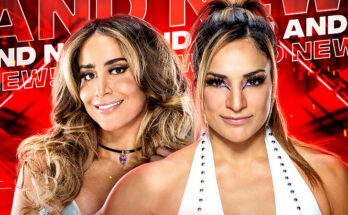