WWE has announced one match and Universal Title Contract Signing for Friday’s SmackDown on FOX episode.

There will also be a contract signing for the Royal Rumble pay-per-view match between WWE Universal Champion Roman Reigns and Adam Pearce.

The Head of the Table makes the rules, and even WWE official Adam Pearce has now found himself in Roman Reigns’ path of destruction.

After Reigns took exception to Pearce’s recent decision making, the WWE official set up a Gauntlet Match to determine the Universal Champion’s next challenger at Royal Rumble. An impressive display by Shinsuke Nakamura seemingly set The Artist up for a title showdown, as Pearce remained as the final competitor. Reigns and Jey Uso, however, would impose their will and dish out unbelievable punishment to Nakamura and laid a leveled Pearce into place for the pin.

With the unlikeliest of title matches now in motion, what message does Reigns still have to send as the two competitors sign the dotted line on the Universal Championship contract?

Below is an updated line-up for tomorrow’s show:

Stay tuned for any more news regarding Friday’s SmackDown and be sure to join us for live coverage at 8pm ET.

.@reymysterio and King @BaronCorbinWWE are set to collide TOMORROW at 8/7c on #SmackDown on FOX! https://t.co/iF6Ya8AZVY 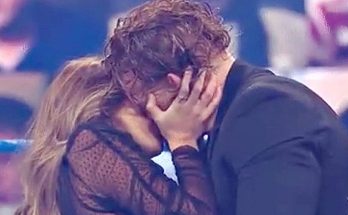