On tonight’s AEW Dynamite: New Year’s Smash, Don Callis made another appearance with AEW World Champion Kenny Omega. The Elite was originally scheduled to be in action after Matt and Nick Jackson joined up with their fellow Bullet Club members on last week’s show.

Callis did the introductions and ended up bringing out Impact World Tag Team Champions The Good Brothers to team with Omega. This marked their in-ring debut in AEW. The Young Bucks looked on at a monitor in the backstage area, eventually walking away and looking very displeased with what went down.

Omega, Gallows, and Anderson went on to defeat The Varsity Blondes and Danny Limelight when Gallows and Anderson hit magic killer on Limelight. The trio is set to be on this Saturday’s Impact Hard to Kill PPV against Impact World Champion Rich Swann and The Motor City Machine Guns. 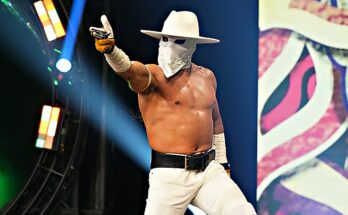