As noted, Sonya Deville made her surprising WWE comeback on Friday Night SmackDown when she was spotted in the backstage area. As Deville walked through the back, a number of WWE Superstars were seen with an expression of shock.

Corey Graves later noted on commentary that Deville had been reinstated to the SmackDown roster.

Deville had an interesting reaction to her comeback on Twitter, simply writing “Daddy’s Home” along with a picture of her in the backstage area.

Deville had been away from WWE TV since losing the “No DQ, Loser Leaves WWE” match to Mandy Rose at WWE SummerSlam. She was reportedly taking time off after dealing with an attempted kidnaping incident at her home in Florida back in August.

Although Deville was drafted by the RAW brand during the 2020 WWE Draft in October, it seems like she will be on the blue brand going forward. 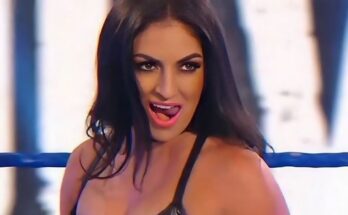