NJPW Wrestle Kingdom 15: Night 1 Results – New Japan Pro Wrestling began the biggest two nights of the year on Monday. Wrestle Kingdom 15 kicked off in grand fashion, with a thrilling first night of wrestling action. Two titles changed hands, grudges were settled, and The Rainmaker lariat returned. It was a much needed cap to a tough and trying year for New Japan wrestlers and fans alike.

The show kicked off with the return of the New Japan Rumble. The 22-man battle royal only saw 21 men compete, as a unique stipulation led to quite possibly the easiest win in the history of the Tokyo Dome. Toru Yano, the 22nd man in the match, won the match before ever getting in the ring. The match was unlike most Battle Royals, in that the last four men were declared the winners. Yano entered the match, as the fifth from last man was eliminated, thus including Yano in the winner’s circle. Yano, Bad Luck Fale, BUSHI & Chase Owens will all advance to the second night of Wrestle Kingdom, where they will compete for the provisional KOPW 2021 trophy.

Hiromu Takahashi snuck out a win over El Phantasmo, in a match that pitted the Best of Super Jr. 27 winner against the Super J Cup 2020 winner. Phantasmo, cocky about getting NJPW to open their wallets for the licenses to his theme song, let pride get the better of him, as Takahashi rolled him up in the middle of ELP’s salute to Bullet Club leaders of the past. Takahashi will go on to face IWGP Jr. Heavyweight Champion Taiji Ishmori on night 2.

After the match, Jon Moxley appeared in the NJPW Strong arena to let the world know that he still has the IWGP United States Heavyweight Championship, that he’s the boogeyman, and that he’s coming. KENTA then settled all dispute over who Moxley would defend against. He defeated Satoshi Kojima, who was replacing an injured Juice Robinson.

After a sanitizing intermission, grudge matches took center stage. Hiroshi Tanahashi battled the dominant new rookie Great-O-Khan, in a match that saw Khan take The Ace to his physical limits. Tanahashi hadn’t won a match since this past fall’s G1 Climax and seemed newly energized by the win. Also getting energized in a win over The Empire, Kazuchika Okada finally revived The Rainmaker lariat to the delight of Tokyo Dome fans. He pinned the Empire Don Will Ospreay after 35-minutes of intense, violent action.

In the main event, the Golden Star Kota Ibushi defeated IWGP Double Champion Tetsuya Naito in a 30-minute instant classic. So stunned by the win, was Ibushi, that he attempted to pin Naito after the final bell, disbelieving until the referee finally explained that he already won. Naito then presented both IWGP Belts to Ibushi in an emotional display of sportsmanship.

The sportsmanship was short-lived, as Jay White interrupted the celebration and reminded Ibushi that he’ll have to defend those title belts on Tuesday.

Here are the full results from NJPW Wrestle Kingdom Night 1. The show is available on NJPWWorld.com & FITE TV.

Hiroshi Tanahashi Challenges For IWGP US Title On AEW Dynamite 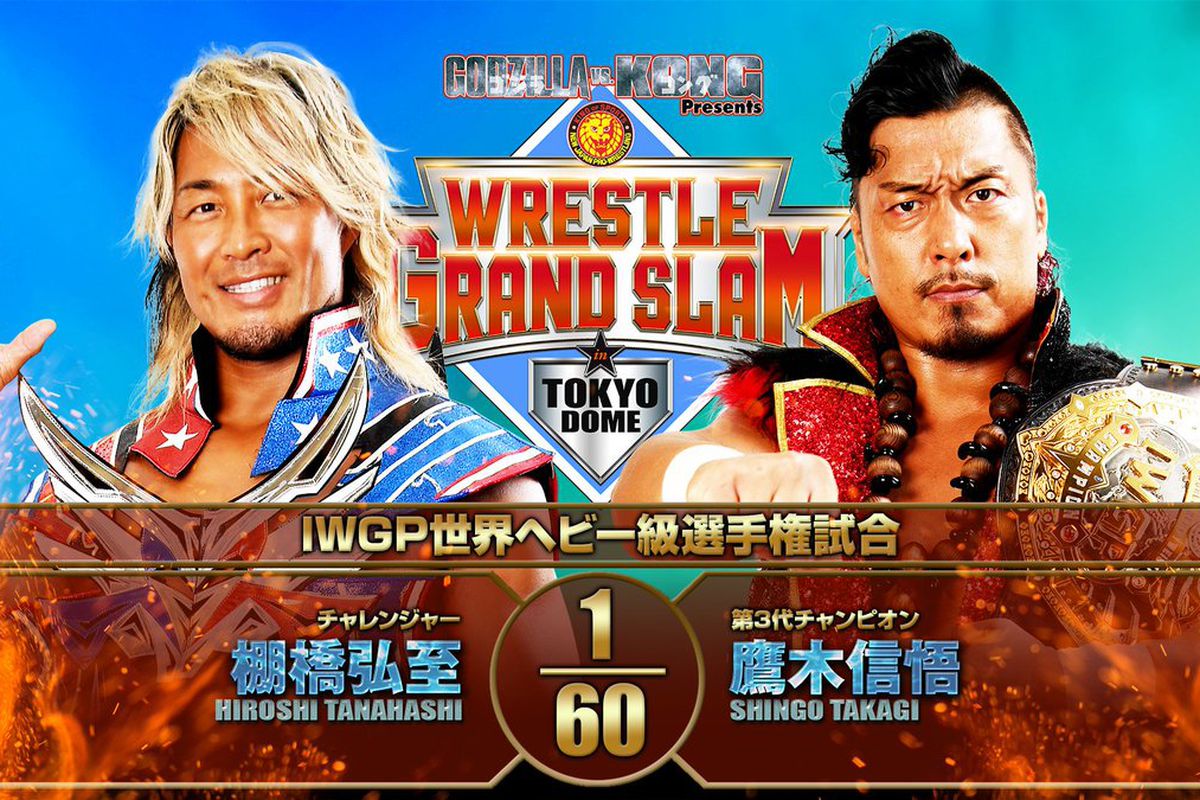