MLW Fusion #118 Results – Commentators Rich Bocchini and Saint Laurent welcome fans to MLW Fusion. Before the show kicks off, they report some breaking news. Last week, the MLW World Heavyweight challenger, ACH, was attacked at his gym. He refused to miss his main event match tonight.

Saint Laurent doesn’t believe this attack happened since he says there’s no video proof. Rich Bocchini scoffs him off. They run through what’s to come on tonight’s show before they roll the opening credits.

The first match of the evening is called.

Both men lockup in the center of the ring. Daivari turns it around with a side headlock takedown. Zenshi fights out of the hold with a midsection shot. Daivari lands a running clothesline on Zenshi in the corner. After being thrown in the opposite corner, Daivari clocks Zenshi with a big lariat for only a one count. Daivari throws Zenshi off his back for a near fall. Daivari keeps pressing Zenshi’s injured arm. He throws him on the mat with a hammerlock press. He hooks the leg for another two count.

Daivari throws Zenshi out of the ring. Zenshi’s offense off the apron is countered with a big slam. The referee starts the count. Zenshi slams Daivari buckle to buckle on the apron. Daivari kicks out at two. Daivari blocks a 450 splash off the first rope. Daivari turns it around with a hammerlock/short arm lariat combination for the pinfall victory. The newest soldier of CONTRA Unit wins his debuting match.

Backstage: Myron Reed warns CONTRA Unit that he and Jordan Oliver are fired up and are ready to prove to the deadliest team in MLW that they’ve messed with the wrong group. Oliver will face Simon Gotch in a Grudge Match after the quick break.

In Puerto Rico, Savio Vega calls Richard Holliday a thief for stealing the Caribbean Heavyweight Championship. He issues a Strap Match for the title next week.

Simon Gotch lays the first blow after the bell rings. Both men exchange forearm smashes in the center of the ring. Gotch sets up a Saito Suplex in the corner. Oliver ducks the line for a suplex roll through. Gotch kicks out at two. Oliver catches Gotch again with another suplex. He floats over for a one count.

Their brawl spills to the outside. Gotch rocks Oliver with a big kick to the kidneys. He flies off the apron with an elbow drop after. They make their way back in the ring. Gotch gets another near fall count. Gotch blasts Oliver with a big uppercut near the ropes. He pushes Oliver into the corner with a big chop to the throat. Oliver goes over the top rope.

Gotch looks for another pin. Oliver kicks out at two. Gotch rolls through with a quick arm lockup. He drives his elbow into the back of Oliver’s skull before trapping him with an arm breaker. Gotch lands another big knee before floating over with a lateral press. Oliver kicks out again. Oliver slides off the ropes with a running knee. He goes for a pin, 1-2, no. Gotch catches Oliver off the ropes with a sleeper hold. Gotch wins the match via referee stoppage.

Post-Match: Gotch doesn’t stop attacking Oliver after winning the match. He drives Oliver’s head into the canvas with a piledriver.

We look back at last week’s main event between Los Parks and the Von Erichs for the World Tag Team Championship. In the match, Los Parks came out the victors with the help of LA Park Jr. and “Filthy” Tom Lawlor.

Speaking of Tom Lawlor, he is under a lot of scrutinies not only on his refereeing skills last week but also for possibly being involved in ACH’s attack. Alicia Atout is standing by with Team Filthy.

Alicia asks Team Filthy if they’ve heard about the “floating allegations” made against them and what they make of it. Tom Lawlor has no idea what floating allegations mean. He says he’s been too busy gearing up for his Filthy Island celebration, which premieres on February 17. He refuses to play second fiddle to ACH.

A highlight reel of ACH’s accolades in MLW is shown before his main event match tonight.

Salina asks Alicia who does she think she is to ask such a private question like that. Instead, she should be asking what’s next for Mil Muertes? Salina wants the gold, the power, and the competition. Alicia is not impressed with Salina’s reply, so she’s going to dig deeper into this story.

Mads Krügger is still on the hunt for Alex Hammerstone and his National Openweight Championship. He warns him that in two weeks, his reign will come to an abrupt end. Rich Bocchini officially confirms that in two weeks, these two powerhouses will meet in a Baklei Brawl!

Alicia Atout comes back on with an exclusive update on who attacked ACH last week. ACH has informed Alicia that he heard Dominic Garrini’s (Team Filthy) just before his attack.

New updates have been made for the next three weeks on MLW Fusion:

– Next week (1/27): Savio Vega will challenge Richard Holliday for his Caribbean Heavyweight Championship in a Caribbean Strap Match.

– Then, on February 3, Mads Krügger will challenge Alex Hammerstone again for the National Openweight Championship in a Baklei Brawl.

We check in with Richard Holliday to see whether or not he accepts Savio Vega’s challenge from earlier. He says his lawyer/father informed him to not sign the contract for this fight. Richard told his lawyer/father to relax and that he’s going to be dozens of steps ahead of Vega in the match. He officially accepts his challenge for next week!

Jacob Fatu stomps away on ACH in the corner just as the match starts. Fatu clocks the high flyer with two big forearms. ACH cartwheels out of an Irish Whip and sends Fatu out of the ring. Fatu grabs ACH and smashes him into the ring post. Daivari barks some instructions to the left of them.

Fatu throws ACH back into the ring and lands a big elbow. He drops on top of ACH’s chest. ACH takes out the champion’s knee with a low kick. Fatu counters ACH with a huge Samoan Drop. ACH grabs hold of his bandaged ribs. Fatu flies down on the challenger again. Fatu keeps ACH down with a flurry of punches. He drives his shoulder into ACH’s ribs. ACH collapses trying to pick Fatu up. Fatu drops down on him for a two count.

Fatu slams ACH into the turnbuckles with a powerful Irish Whip. He pushes the cameraman out of his way. ACH ducks out of the way before Fatu comes crashing in again. Fatu lands right on top of the second rope. ACH lands a textbook punt kick on the apron. He rolls the champion back into the ring. ACH spikes Fatu with a slingshot cutter for another two count.

ACH sets himself up on the top rope. He jumps off with a flying head scissors. Fatu catches him with a kick to the ribs, then a pop-up Samoan Drop. Fatu lands his springboard moonsault finisher off the top rope. Fatu goes for the final cover and retains his championship.

Post-Match: Up on the stage, Jacob Fatu says that CONTRA Unit will always remain on top. As Daivari takes the microphone, two of the Sentai Death Squad members hit Daivari and Fatu with their flags. Simon Gotch and Mads Krügger run out. The two Sentai Squad members run off and reveal themselves. It’s Jordan Oliver and Myron Reed from Injustice! They taunt CONTRA Unit from the other side of the ring before the show concludes. 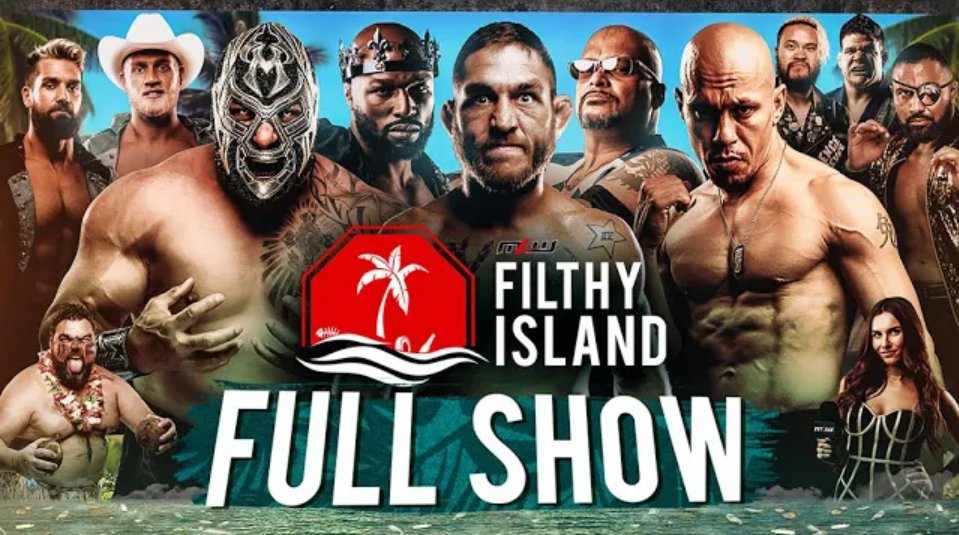 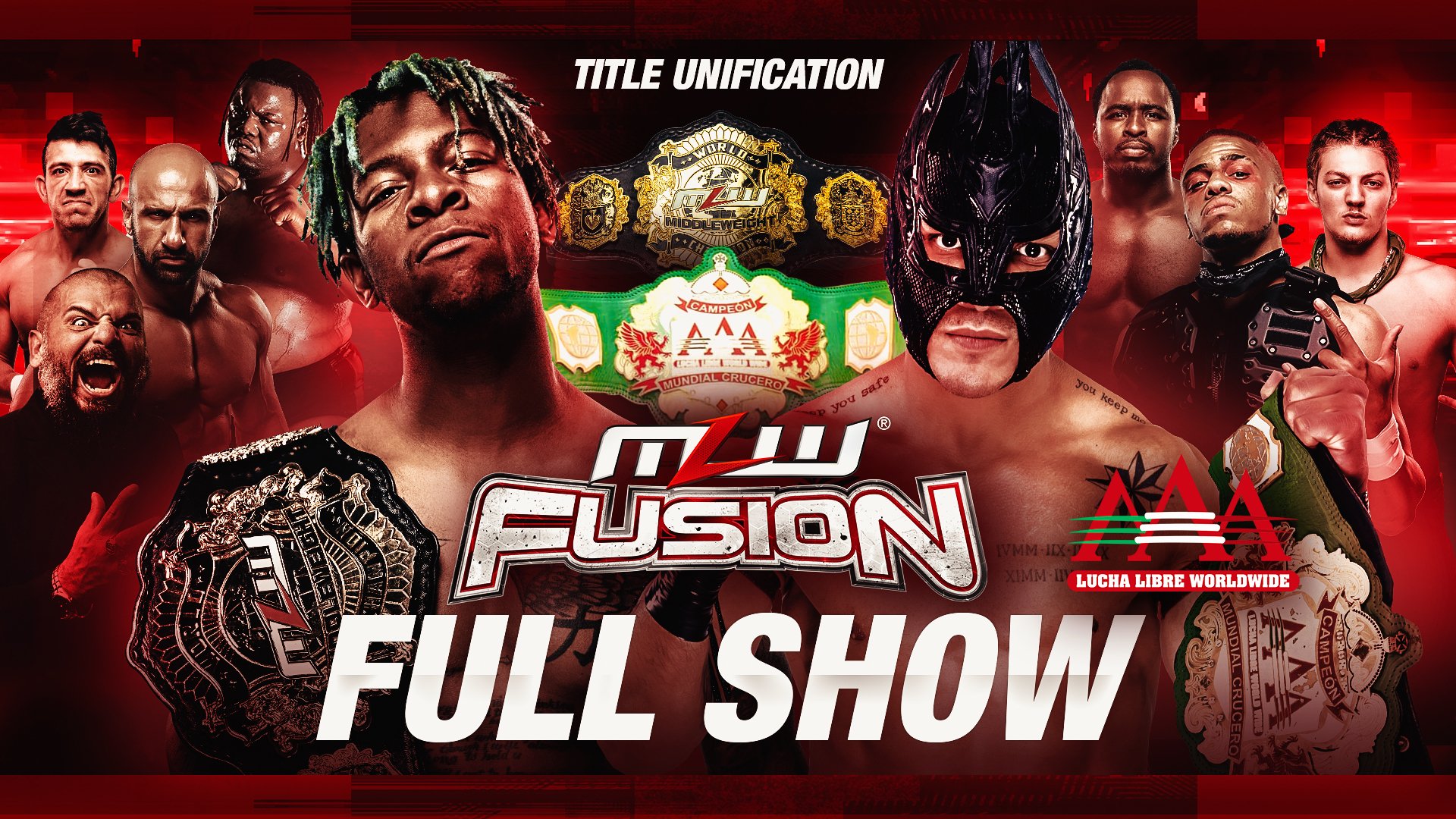