The promotion took to Twitter this afternoon to announce that the two sides have mutually agreed to part ways.

“Marty Scurll and Ring of Honor have mutually decided to part ways,” ROH wrote on Twitter.

Scurll signed a multi-year contract extension in January of last year, and also became the ROH head booker. He was accused of taking advantage of a 16 year old girl while she was inebriated during the “#SpeakingOut” movement in the summer, but he denied the accusations and claimed everything was consensual. ROH announced back in June that they were investigating the allegations, but Scurll had not returned to work as a booker or a wrestler since then. His profile was removed from the ROH website in October, and that was the last update on his status until now.

There’s no word on what Scurll has planned for his future, but we will keep you updated. You can see ROH’s tweet below:

Backstage News And Notes From Impact Wrestling Hard To Kill 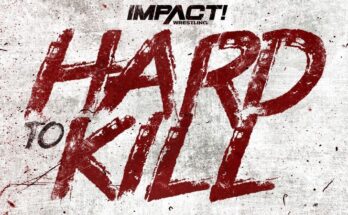 ROH World Title To Be Defended At Hard To Kill