Once again, Zelina Vega took to Twitter to show off her most recent cosplay attempt, where “La Muñeca” dressed as the famous Batman villain, Poison Ivy.

Vega, who has done her fair share of cosplaying in the past, thanked her team for putting together such a vivid and magical shoot.

Vega writes, “‘I’ve spent weeks perfecting the toxins that will destroy your pathetic meat sack of a body – Poison Ivy.’

Much love to my amazing team of Daniel Forero and Ryan Sims for making this magic happen. Just a group of really talented individuals doing what they love!”

Zelina Vega was also a recent guest on Lilian Garcia’s Chasing Glory podcast to discuss the aspects of her career. She would later thank Garcia in a Twitter post, writing, “Big thank you to @LilianGarcia for giving me a wonderful platform to tell more of my story and show people another side to me. This is a really powerful episode and I’m really honored by the responses I’ve been getting. You guys say I inspire you but it’s you guys who inspire me.”

As noted, Vega recently opened an OnlyFans account to give fans an exclusive look at some of her cosplay photos. 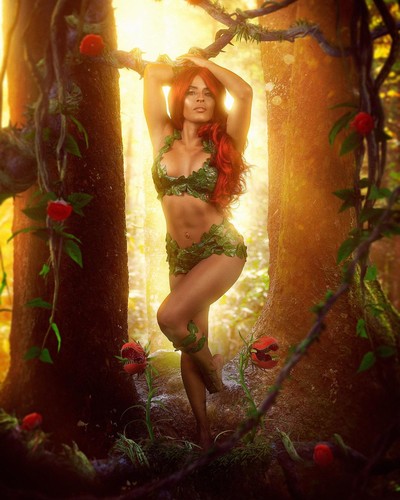