Belle tweeted her thanks to the NWA and the NWA locker room while also expressing her excitement over what’s next in her career.

“Thank you @nwa for giving me the opportunity to be a part of the talented locker room & create some amazing moments,” Belle tweeted. “I met incredible people that I’m sure I’ll see again. I am no longer signed to a contract with NWA. I am not sure what’s next for me, but I am excited to find out.”

Belle debuted with the NWA on NWA Powerrr episode four and last appeared with the NWA on episode 21 of Powerrr earlier this year losing a three-way match against Tasha Steelz and Ashley Vox. Belle also last wrestled at The Collective last month competing in GCW For The Culture and Shimmer Volume 118. 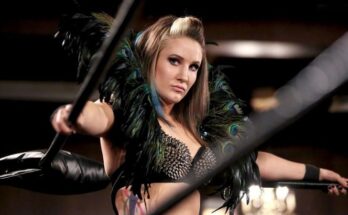