Alexa Bliss recently sat down with Maria Menounos for a two-part interview on Maria’s “Better Together” show. The first part aired on Instagram Live, and the second part on YouTube, as seen below. The show sent us highlights from the interviews today.

Bliss revealed that her current WWE contract expires in around 3 – 3.5 years. She revealed the news when asked about possibly having children with fiance Ryan Cabrera, who just recently proposed.

“We discussed we would see, you know, once my WWE contract is over, where we’re at,” Bliss said of possibly having kids. “That’s in about 3, 3.5 years! He’s totally fine with that, like, ‘Yeah, I’m good! I just don’t want to be 45 and having my first kid!’

“The RAW Women’s Championship, and the SmackDown Women’s Championship, they’re bulkier than the tag team champions. It’s so embarrassing,” Bliss said. “You know how it is. When you go through TSA and it lights your bag up like a Christmas tree? And you open the bag. And they SHOW everyone.

“And then there was a time when my bag didn’t fit in the overhead compartment, and I have to have the title on my lap during the flight! So after that moment I started carrying a Betsy Johnson backpack that the title perfectly fits in.”

Bliss is currently working the RAW brand in a top storyline with “The Fiend” Bray Wyatt. She was asked which throwback kids TV show from the 1990s does she watch to get in character for the Firefly Fun House segments. She revealed that she’s been watching “The Big Comfy Couch” and a sing-a-long called “Sing A Long with Silly Wen” to help get in the Fun House mood. She’s also been watching Blues Clues and other Nick Jr. programs to help. 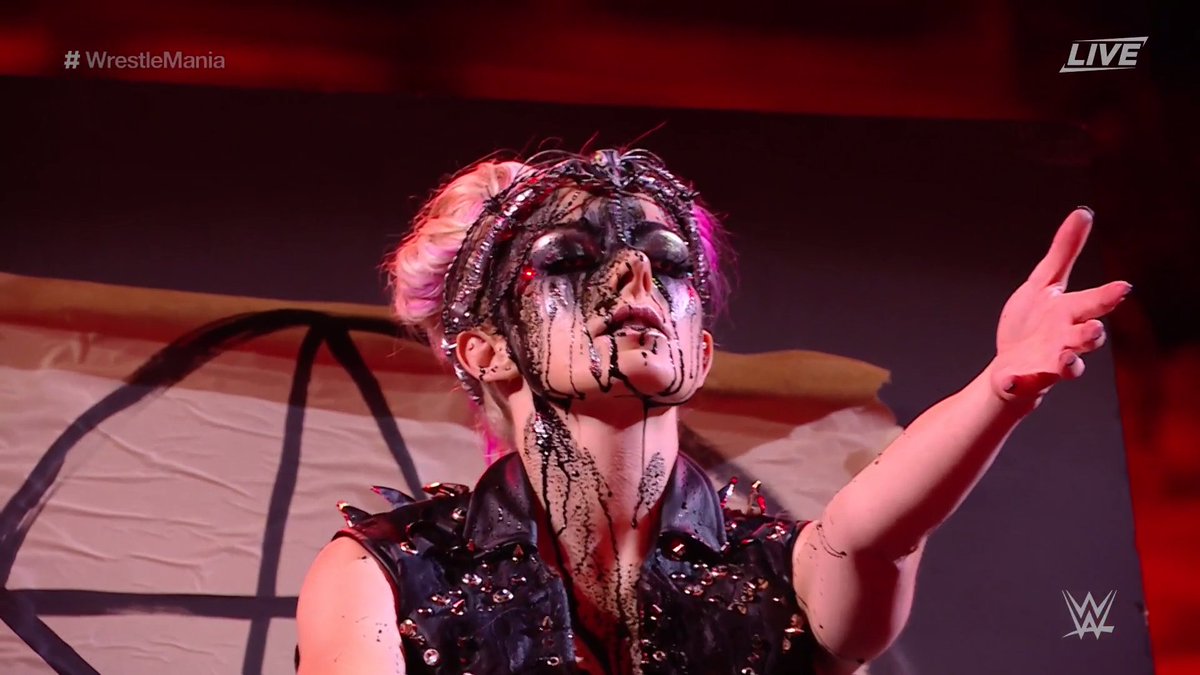